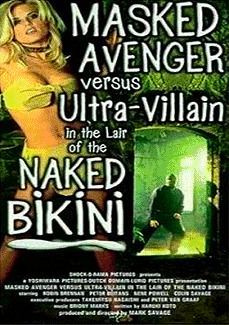 Also known as:  Masked Avenger Versus Ultra-Villain in the Lair of the Naked Bikini

Description: Masked Avenger is a hero to the modern world. He destroys his enemies with kung fu fighting, handsaws and guns, but with one small hang-up. At the sight of a woman, The Masked Avenger immediately begins to gratify himself, no matter what situation he is in. The evil Helmut Gunta plans to impregnante a virgin in order to have an heir, and the woman he has in mind is a nun, Sister Mary who happens to be the Masked Avenger’s sister. Gunta has a plan to stop The Masked Avenger from getting in the way… organize a gang of strippers to keep him pre-occupied until Sister Mary is pregnant. 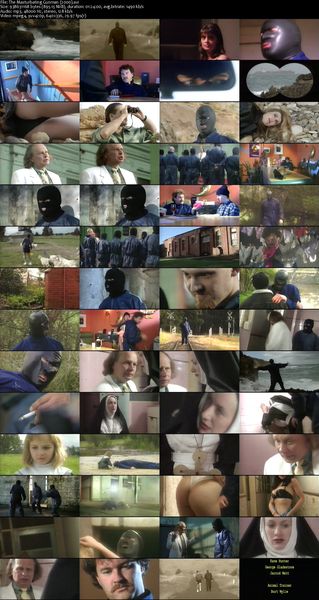