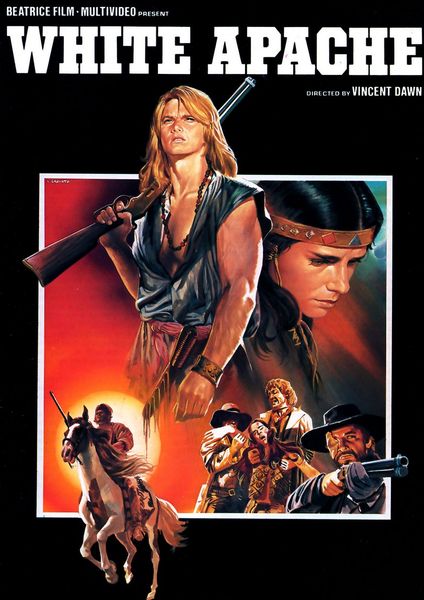 Description: Outlaws attack a band of settlers and kill everyone except a pregnant woman who’s rescued by a band of Indians. The woman dies giving birth but Chief White Bear adopts her male baby, naming him “Shining Sky,” and raising him as brother to his own son, Black Wolf. The boys grow up together and good-naturedly compete for the affections of pretty Rising Star. In a competition, Shining Sky accidentally kills Black Wolf, is forced from the tribe, and finds work in a nearby town where he pretends to be a mute. A townswoman named Isabella flirts with him but when he spurns her she yells “Rape!” Bart Ryder, henchman of the local “Colonel,” runs Shining Sky out of town, hangs him by the wrists, and leaves him to die. Crazy Bull rescues Shining Sky and takes him back to the Indian village where he’s reunited with Rising Star. Ryder, however, seeks to finish the job of killing the “White Apache.” 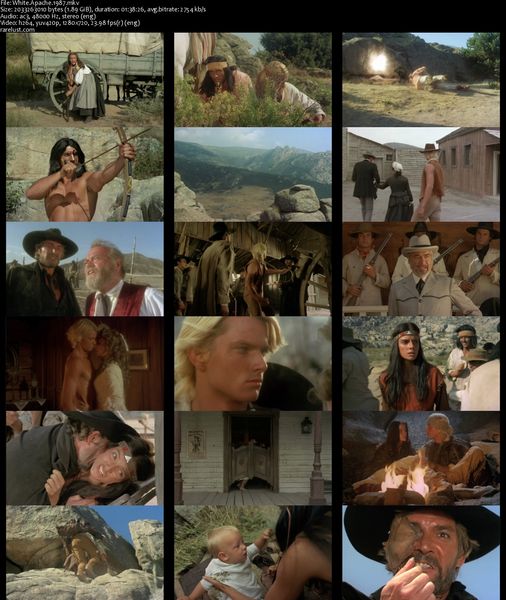