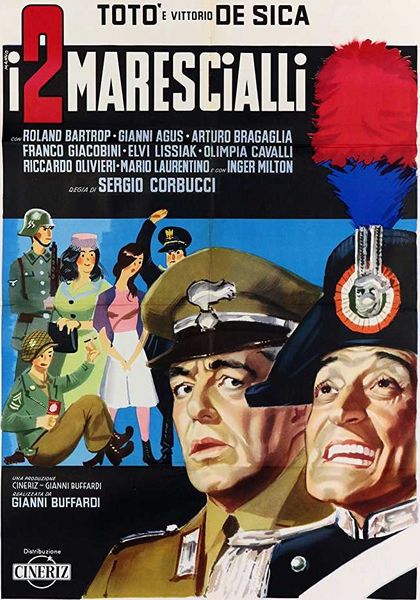 Also known as: I due marescialli

Description:  In Italy, during 1943, two men collide during the bombing of the Nazis and American allies. Antonio is a thief who disguises himself as a priest for the robberies at the stations; Vittorio Cotono is a marshal upright who’s chasing Antonio, and that in the end, to a misunderstanding, he is forced to do so by Marshal dress. Antonio is excited about the new appointment, and Vittorio meanwhile disguises himself as a priest. In fact the two are persecuted by the Nazis and fascists because they’re hiding a Jew woman and an American who is planning the Allied landing. 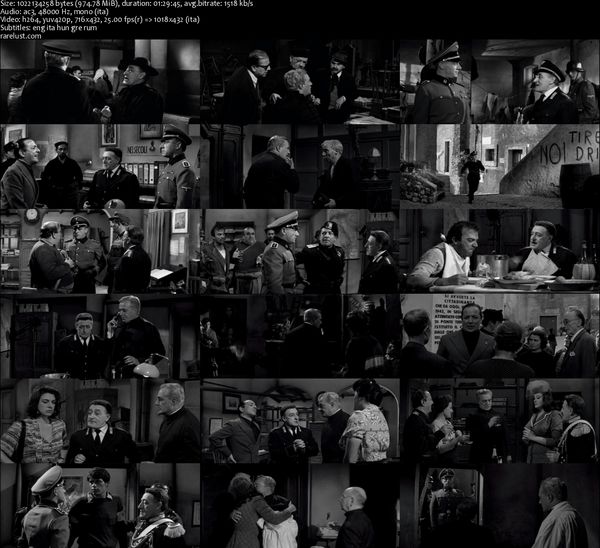