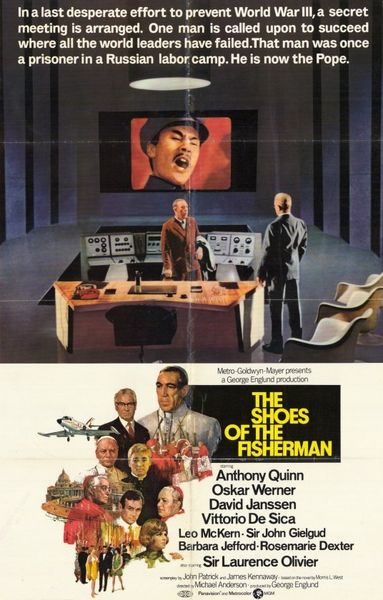 Description: Set in a futuristic vision of the late 1980’s, Ukrainian Archbishop Kiril Lakota is set free after two decades as a political prisoner in Siberia. He is brought to Rome by Fr. David Telemond, a troubled young priest who befriends him. Once at the Vatican, he is immediately given an audience with the Pope, who elevates him to Cardinal Priest. The world is on the brink of war due to a Chinese-Soviet feud made worse by a famine caused by trade restrictions brought against China by the U.S. When the Pontiff suddenly dies, Lakota’s genuine character and unique life experience move the College of Cardinals to elect him as the new Pope. But Pope Kiril I must now deal with his own self-doubt, the struggle of his friend Fr. Telemond who is under scrutiny for his beliefs, and find a solution to the crisis in China. 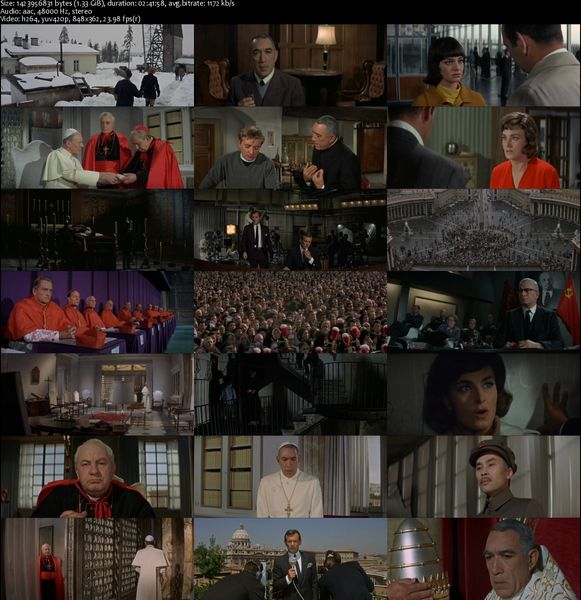