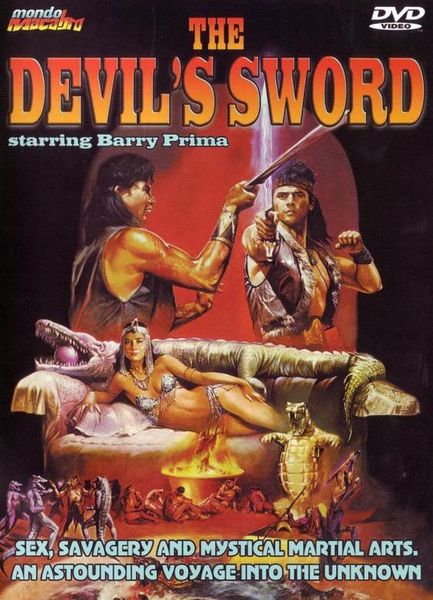 Description: The DEVIL’S SWORD lies hidden in a secret cave inside Devils Mountain, everything evil will fight to the death for it… “For whoever possesses the sword, will rule the kingdom!” Four warriors attack the keeper of the mountain and try to force him to hand over the map that will lead them to the sword. The tortured keeper escapes and runs to MANDALA his master, who after hearing of the attempt, sets off on his own journey to save the DEVIL’S SWORD. He has many blood-curdling battles along the way, he is attacked by the evil crocodile men and encounters many fiendish traps set for intruders entering the mountain. At last MANDALA captures his prize – can he call upon the Gods and use the mystical sword against the raging warriors with their awesome magical power? Will he win the fight with the crocodile queen who craves the DEVIL’S SWORD at any cost? 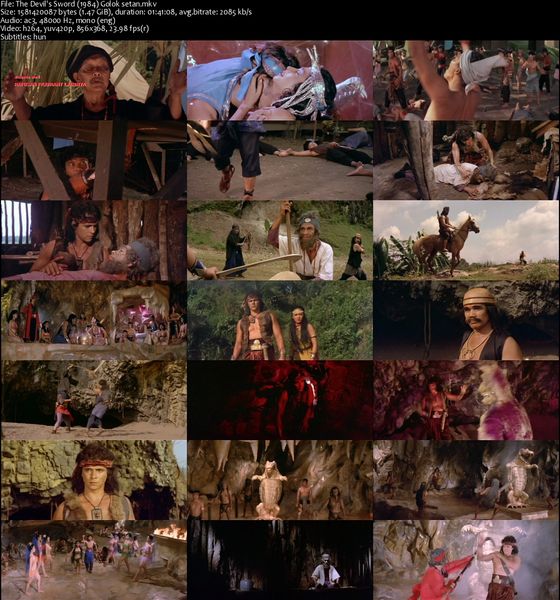