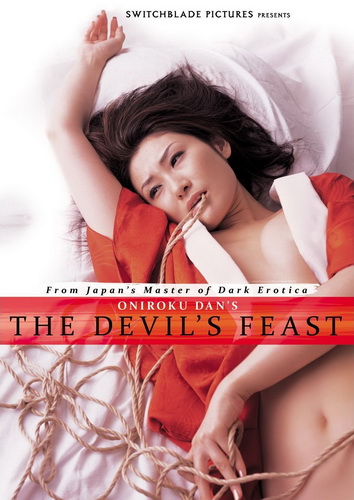 Also known as: Oni no kaen

Description: When the beautiful Kumiko joins the editorial desk at a small local newspaper, the most deeply kept secrets of the rich and powerful leader of a religious cult suddenly begin finding their way into print in blistering exposes. Scandalous exposes which have even more shocking repercussions for the paper’s sales manager, Okomoto, and his elegant wife Shizuyo. Ensnared in the escalating war of wits and chains between the sadistic cult master and Kumiko, his former sex slave, Shizuyo finds herself strung in the rope bonds of a ruthless game that mixes sensuality with humiliation. Could it be that Shizuyo’s only hope of release may come in the form of her own husband’s mistress? Or is that exactly what the Devil has been planning on all along? From the novels of the late, legendary SM Master Oniroku Dan, prepare to be served a dark and unsettling vision of twisted lust and inhuman bondage: THE DEVIL’S FEAST! 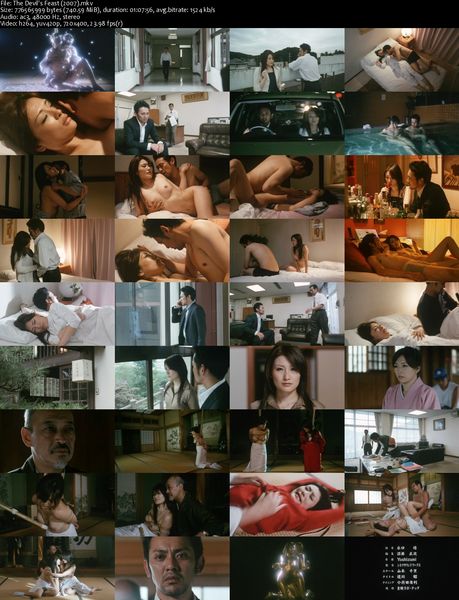