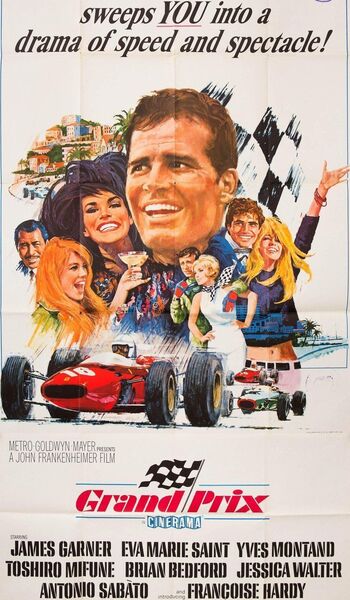 Description: American Grand Prix driver Pete Aron is fired by his Jordan-BRM racing team after a crash at Monaco that injures his British teammate, Scott Stoddard. While Stoddard struggles to recover, Aron begins to drive for the Japanese Yamura team, and becomes romantically involved with Stoddard’s estranged wife. 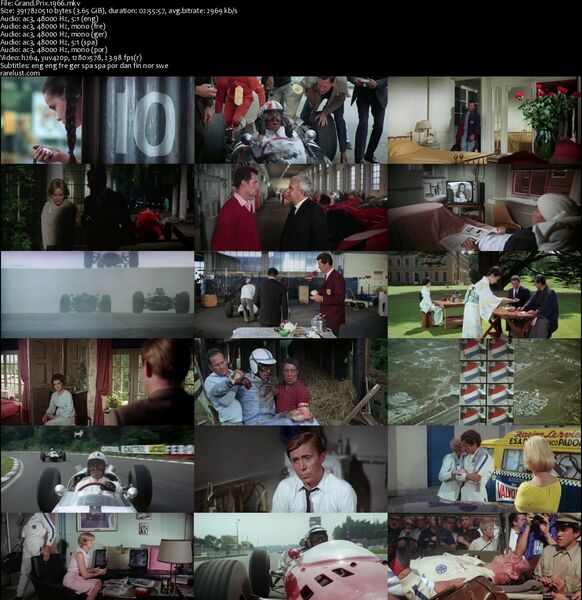 Pushing the Limit: The Making of Grand Prix : is an absolutely fascinating documentary which features interviews with Garner, Saint and others alongside a wealth of vintage footage. The shoot was evidently tempestuous, as evidenced by Frankenheimer’s quote “I don’t know how the hell we ever did that film” which starts the featurette out, and those roiling emotions are well on display in a couple of the clips here. This is well above average stuff and any fan of the film should spend time watching this featurette. 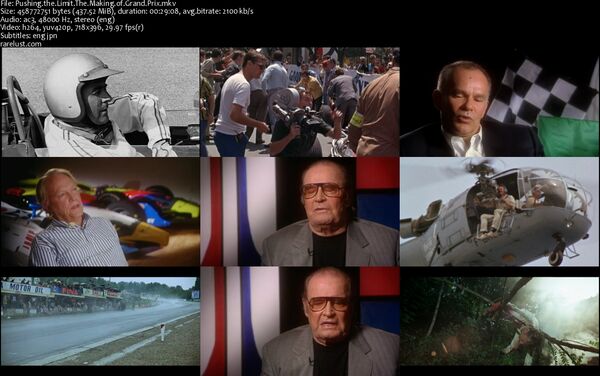 The Style and Sound of Speed : Saul Bass is usually thought of only as an iconic title designer for a slew of Hitchcock and James Bond films, but he actually served as a visual consultant for several iconic films including Hitchcock’s Psycho (Bass helped plan the shower sequence) and Kubrick’s Spartacus. Bass also contributed on several levels to Grand Prix, helping to do the pioneering split screen technique as well as some of the sound design elements and other special effects. This excellent overview helps to highlight his contributions to the film. 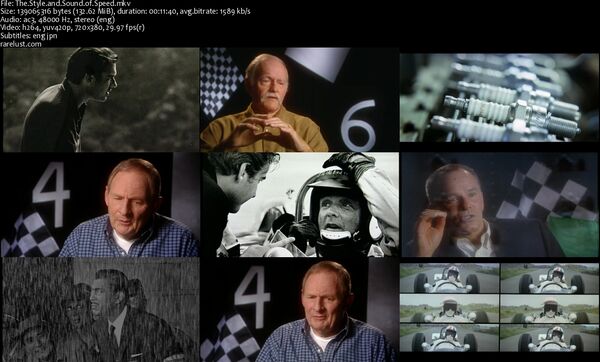 Flat Out: Formula One in the Sixties : is a nice history of racing in general, and Formula One in particular, including a host of interviews with real life race drivers. 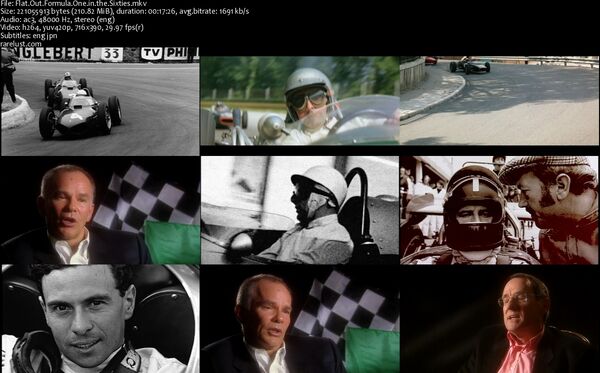 Brands Hatch: Chasing the Checkered Flag : takes us on a nice tour of one of Britain’s most iconic courses, setting of one of Grand Prix’s most famous sequences. 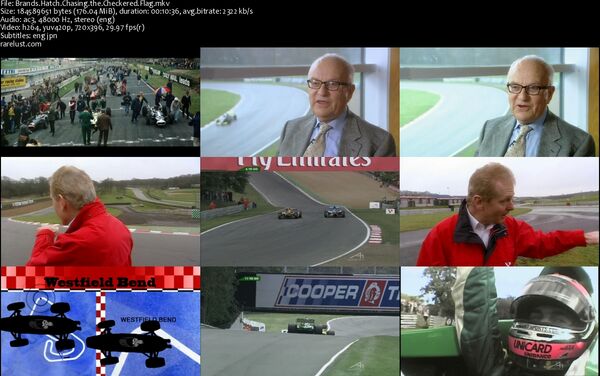 Grand Prix: Challenge of the Champions : is a fun vintage featurette made to promote the film before its initial release. 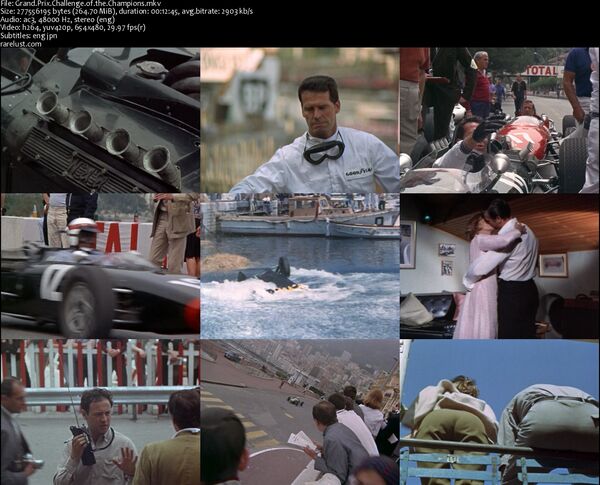