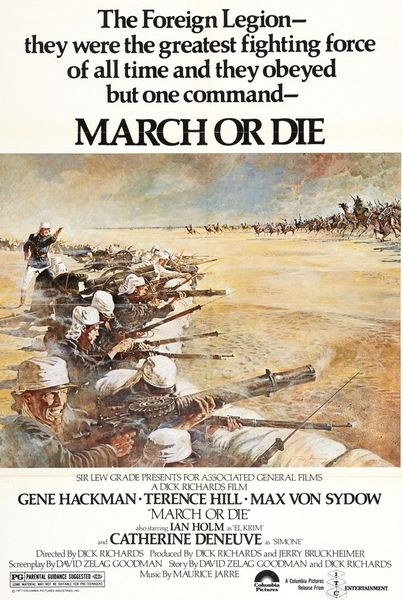 Description: Foreign Legion Major Foster (Hackman), an American haunted by his memories of the recently-ended Great War, is assigned to protect a group of archaeologists at their dig. Foster’s unit includes the charming, thieving rascal Marco (Hill), who joined the Legion only to avoid prison. After long stretches portraying the boredom and hardship of day-to-day life in the Legion, Foster’s command occupies a small village where the archaeologists believe they’ve found a burial site sacred to the Arabs. An Arab leader (Holm) uses this affront to unite the tribes in Jihad, and attacks the tiny Legion garrison at the dig. An epic battle follows, very reminiscent of the film “Zulu”. Costumes, firearms, and props are all very authentic-looking, and show great attention to detail. 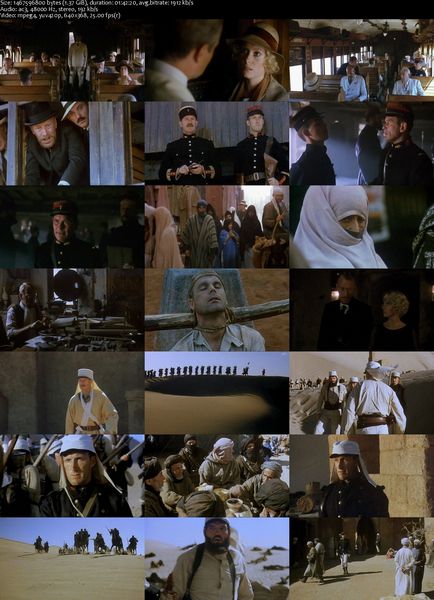