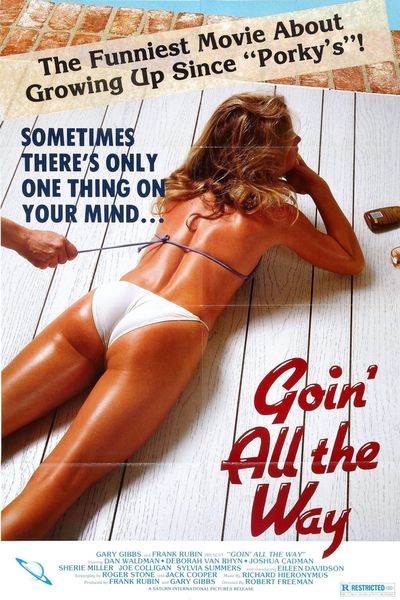 Description:  Goin’ All the Way features the usual pair of pimply-faced high school boys trying to score with the opposite sex. Predictably (most everything in this film is predictable), there are plenty of humiliations along the way before Our Heroes achieve success. Filmed in sunny Los Angeles (where else?), Goin’ All the Way couldn’t have had much of a costume budget, judging by the amount of clothes the female cast members aren’t wearing 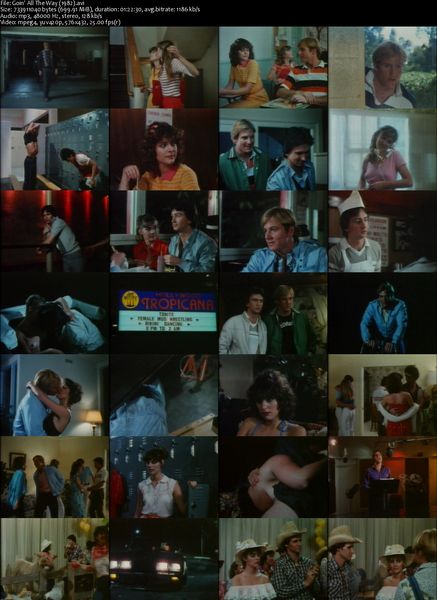