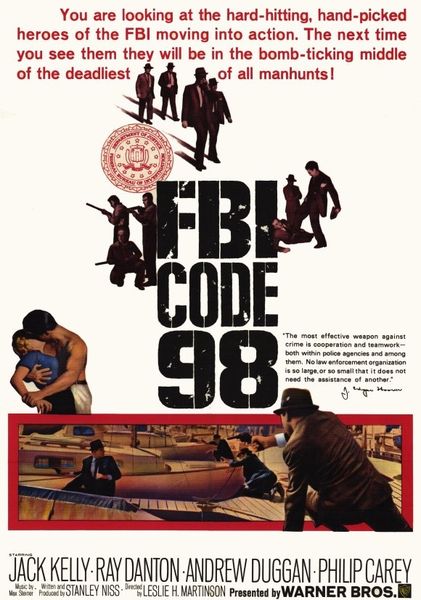 Description: plot involves a disgruntled employee’s attempt to kill his boss at a high-tech defense contractor by putting a bomb in a suitcase and substituting it for an identical piece of luggage aboard the company plane when the boss and his two partners head off to Cape Canaveral to oversee a rocket test. The bomb is discovered in flight and defused by an engineer on board and the FBI are called on a “Code 98” (sabotage) and proceed to investigate, following each piece of evidence and each lead until they’re able to identify the culprit. 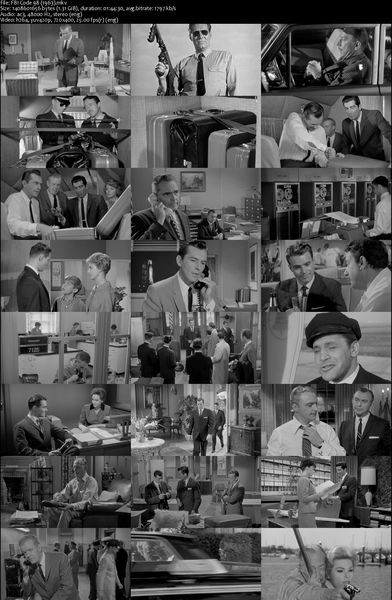