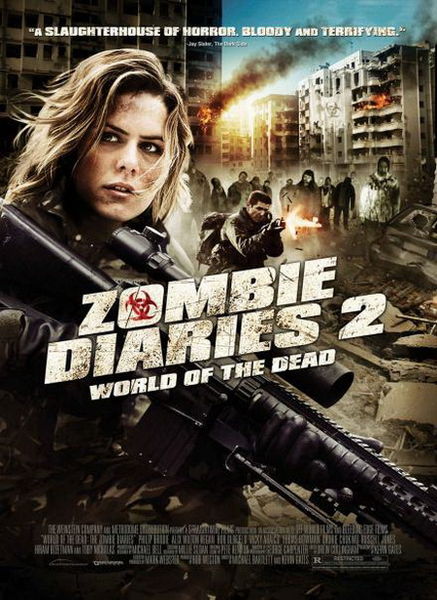 Also known as:  World of the Dead: The Zombie Diaries

Description: Three months have passed since a viral outbreak wiped out 99.9% of the world’s population, turning its victims into flesh-eating living dead. In the UK, a surviving band of soldiers and civilians have taken refuge at a rural military barracks. Life in this new world is tough and brutal, but hope appears when a high level communication is received from a military base on the coast, telling of sanctuary elsewhere in Europe… But just as salvation appears to be in reach, the base suffers an overwhelming defeat at the hands of the living dead! The surviving handful of troops and civilians must now make their way to the coast to uncover the truth behind the message. Their perilous journey takes them across a now treacherous, death-ravaged landscape, where the living dead are vast in number and wandering bandits impose their own malicious sense of law and order. What follows is a journey into hell and a desperate battle against all odds for the very survival of the human race.