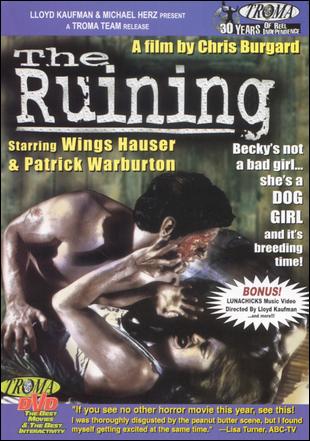 Description: The Troma Team is proud to present THE RUINING, a striking new work by filmmaker Chris Burgard. Filmed over ten years, The Ruining succeeds in echoing the grime and grit of late 70’s and early 80’s horror cinema. Traditional family values are disturbingly challenged when two Los Angeles couples run into trouble on a remote mountain camping trip. Thirty years ago government drilling poisoned the water in a small town. Half of the town died. Those that are left are horribly addicted to psychedelic eggs bred by old Henry Behrens. When the strangers enter into his domain the stage is set for selective breeding and feeding of human flesh. Henry’s 17-year-old daughter Becky is beautiful and thinks that she is a German shepherd. 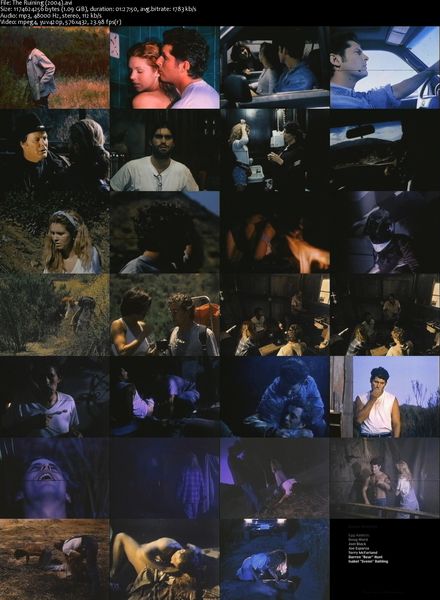