The Most Wonderful Evening of My Life (1972) 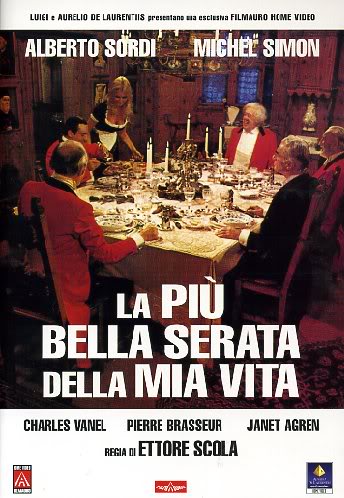 Description: A successful businessman whose destiny leads him to a secluded Swiss castle where his life is put on trial by a group of old law professionals. These four men, though retired, make it a practice to keep their legal skills sharp. Whenever a suitable villain stumbles across their path, they conduct a trial with all the trimmings. They assemble to analyze Sordi’s rise to power and his increasingly immoral behavior as he attained success, and the warped perceptions of right and wrong he has adopted to remain successful. It is a form of play, but these virtuoso lawyers are quite serious about it. 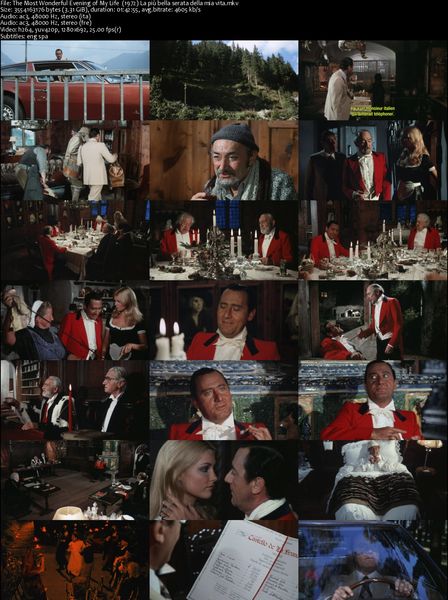