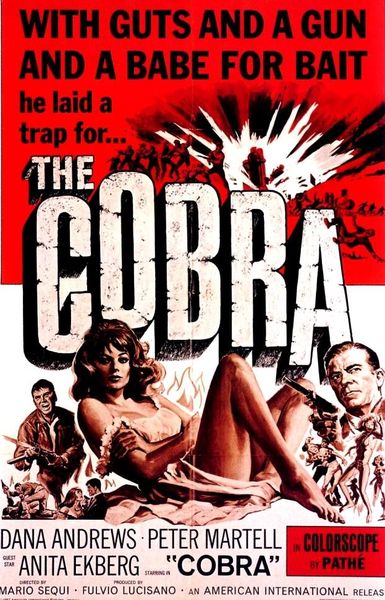 Description: Peter Martell (Pietro Martellanza) stars in THE COBRA (IL COBRA), a Eurospy action thriller in which he plays disgraced treasury agent Mike Rand, who teams with his boss (Dana Andrews) to halt a Red Chinese plot to destroy the free world by flooding the market opium and turning everyone into addicts. Along the way he manages to bed junkie Anita Ekberg, get into various fights and destroy the refinery that is sending out the drugs. 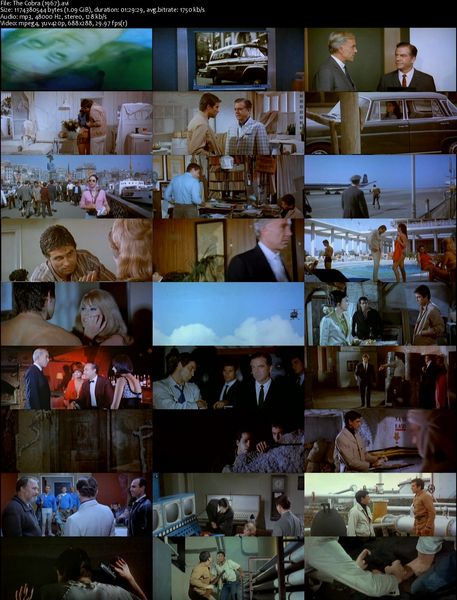