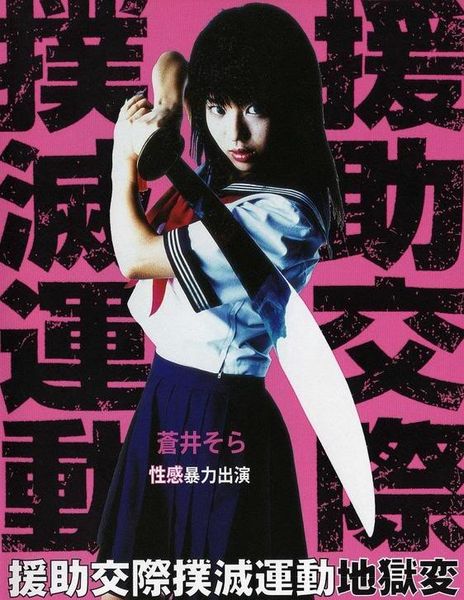 Description: A teenage girl (Japanese adult video star Aoi Sorya) wants to take revenge on a psycho creep who raped her, so she convinces all her friends to pretend to be even younger than they are and work in a weird brothel for perverts. Meanwhile, the creep that raped her has embarked on a colorfully titled “stop the b*tch campaign” of putting an end to teenage prostitution by raping, and not paying, teen prostitutes. 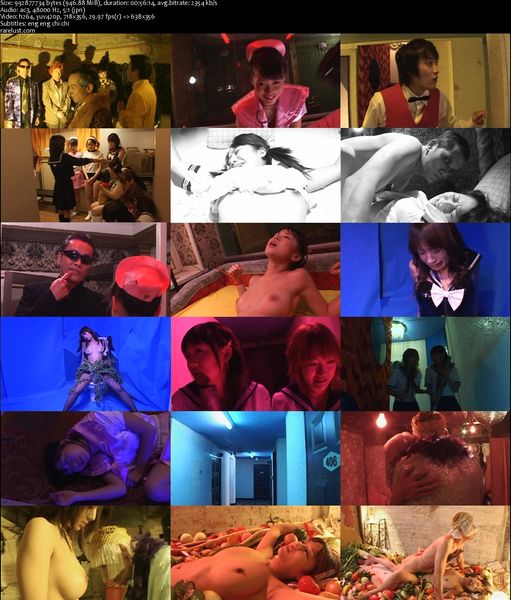