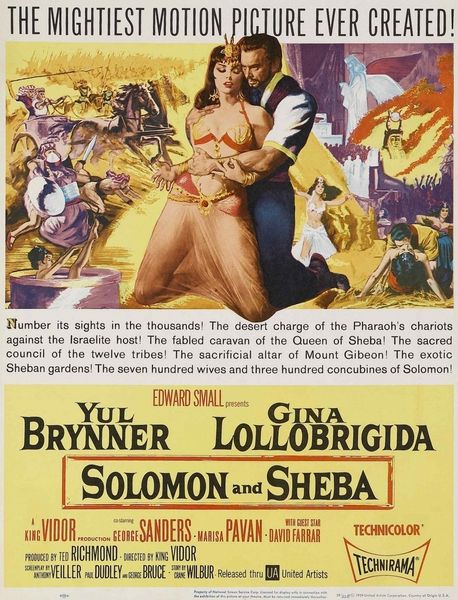 Description: Shortly before his death in ancient Israel King David has a vision from God telling him that his younger son Solomon should succeed him as king. His other son Adonijah is unhappy and vows to attain the throne. Meanwhile the Egyptian Pharoah agrees to cede a Red Sea port to the Queen of Sheba is she can find a way to destroy Solomon, whose wisdom and benevolent rule is seen as a threat to more tyrannical monarchs in the region. Sheba, Pharoah, Adonijah, the leaders of the Twelve Tribes and his own God make life difficult for Solomon who is tempted by Sheba to stray. 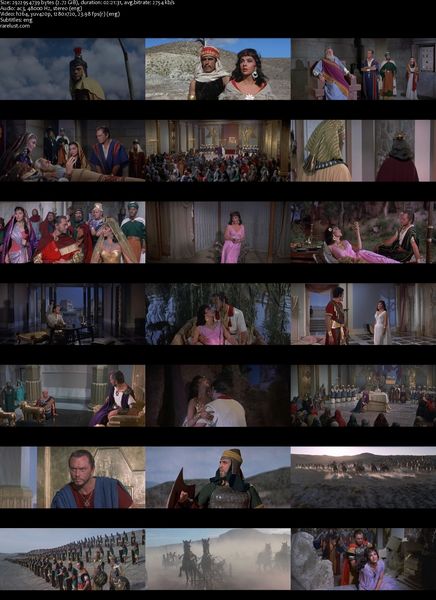