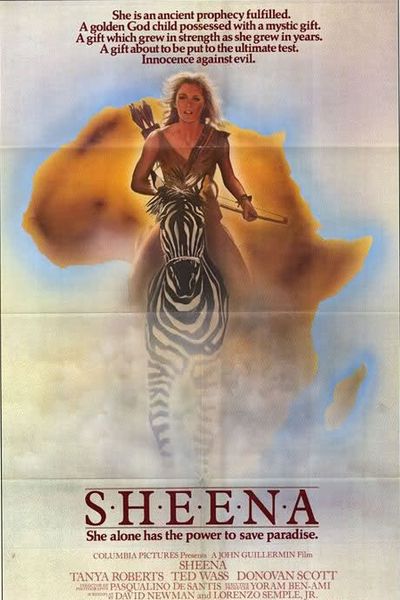 Also known as: Sheena: Queen of the Jungle

Description: Sheena’s white parents are killed while on Safari. She is raised by the mystical witch woman of an African tribe. When her foster mother is framed for the murder of a political leader, Sheena and a newsman, Vic Casey are forced to flee while pursued by the mercenaries hired by the real killer, who hopes to assume power. Sheena’s ability to talk to the animals and knowledge of jungle lore give them a chance against the high tech weapons of the mercenaries. 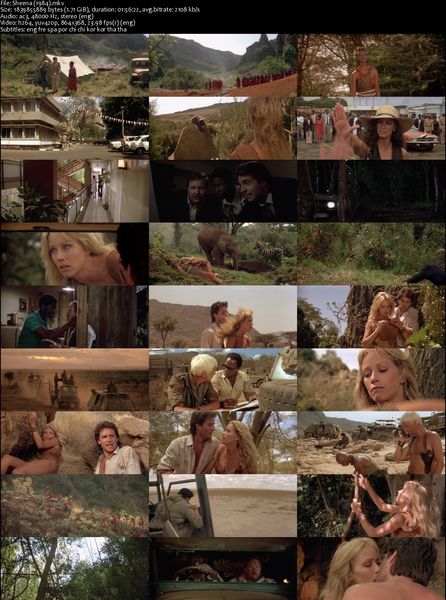