Description: Shipwreck survivors are found on Beiru Island (Infanto tô), which was previously used for atomic tests. The interior is amazingly free of radiation effects, and they believe that they were protected by a special juice that was given to them by the island’s residents. A joint expedition of Rolisican and Japanese scientists explores Beiru and discovers many curious things, including two women only one foot (30 centimeters) high. Unscrupulous expedition leader Clark Nelson abducts the women and puts them in a vaudeville show. But their sweet singing contains a telepathic cry for help to Mothra, a gigantic moth that is worshiped as a deity by the island people. The giant monster heeds the call of the women and heads to Tokyo, wreaking destruction in its path. 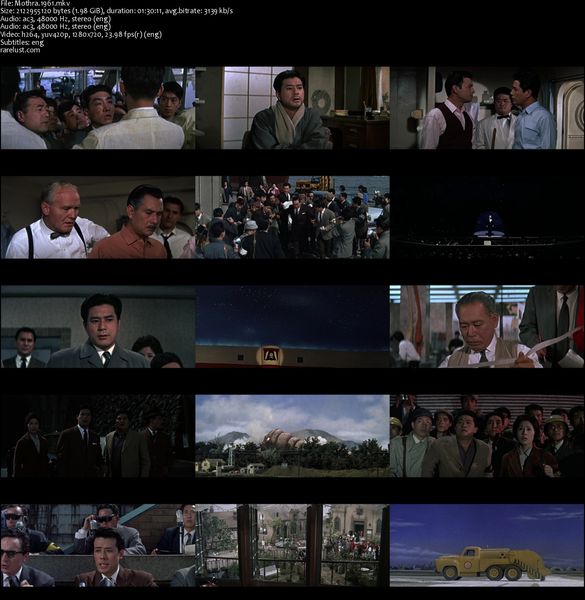