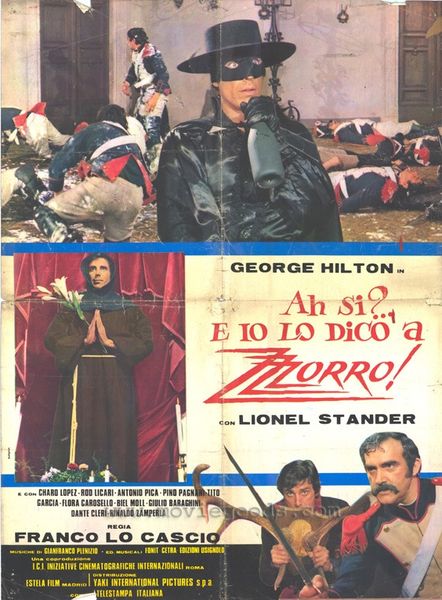 Description: The mysterious Zorro intervenes to prevent the marriage between Carmen and Marcel, but in carrying out his usual acrobatics and during his retreat, he falls on his ass and is put out of commission. The local priest Padre Donato is desperate to find somebody to take Zorro’s place and defend the local populace against the cruel French governor. The priest forces a young man named Felipe (George Hilton) to serve as a temporary Zorro, but Felipe turns out to be a disastrous swordsman, at least until he consumes a glass or two of wine. Once under the influence of alcohol, the poor substitute is transformed into a brilliant duelist who is more than a match for the evil French governor. 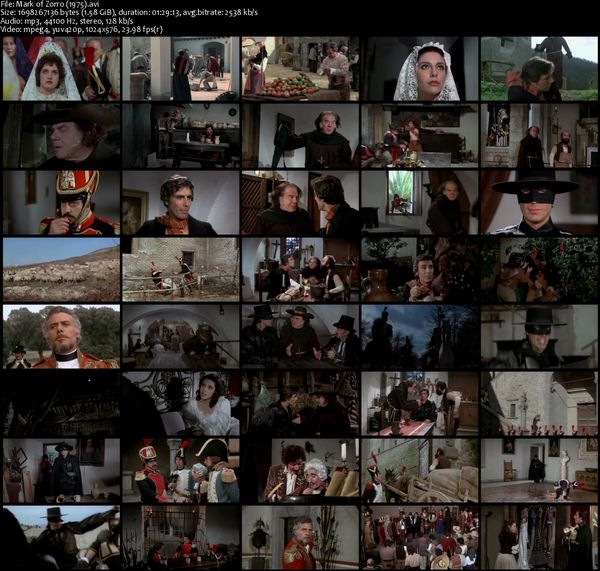