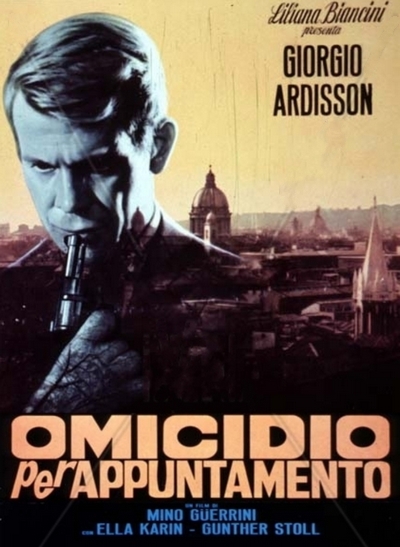 Description: Following the wonderfully morbid Il Terzo Occhio, Italian filmmaker Mino Guerrini directed this stylish, flamboyant giallo-thriller clearly influenced by the striking work of genre pioneer Mario Bava. Giorgio Ardisson stars as Vince Dreyser, an American gumshoe detective in Rome who agrees to meet an old chemist friend named Walter Dempsey (Hans von Borsody), who is also in the city to marry a woman named Lidia. When his friend fails to show up, Dreyser begins searching for him, only to be attacked by two gangsters. The baffled detective attempts to keep his obligations to look after Fidelia Forrester (Ella Karin), the wild hippie daughter of his wealthy employer, while continuing his investigation into Dempsey’s whereabouts. Dreyser’s search soon leads him to yet another gangster, whom he shoots to death, but as people start being murdered left and right it becomes clear that there is another, more sinister hand at work.