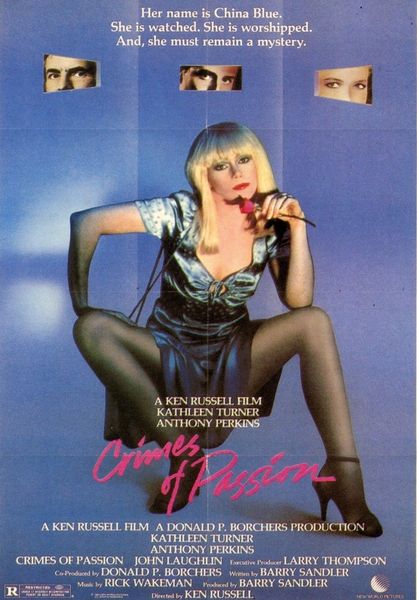 Description: The thirty year-old hard-worker Bobby Grady is married with two children with the frigid Amy Grady and their marriage is in crisis. Bobby is invited to work in the night shift for the owner of a fashion designer studio that believes that his talented designer Joanna Crane, who is very introspective, is selling his designs to competitors. Bobby accepts the job to make money and please Amy with a bathtub and follows Joanna after hours. He discovers that she has a double life, working as a fifty-dollar hooker called China Blue in the red light district and practicing kinky sex with her clients to satisfy their fantasies. Bobby becomes obsessed by China Blue and when the true thief is found, he has sex with her and they have a crush on each other. Meanwhile the insane preacher Rev. Peter Shayne (Anthony Perkins) decides to save Joanna’s soul and stalks her everywhere. 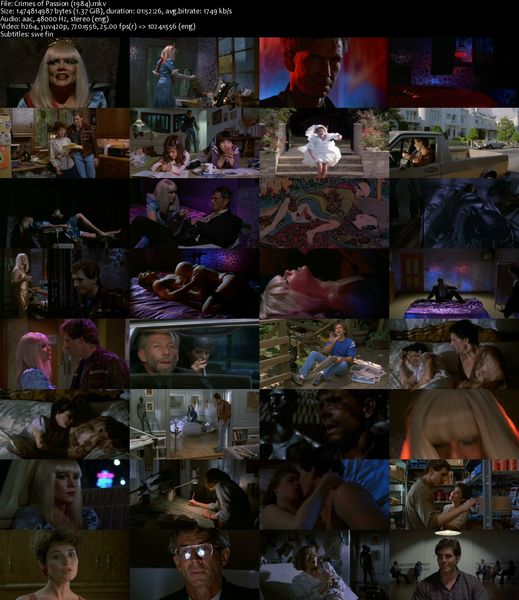