Description: Alan Braves, captain of a pirate ship, is, by the treachery of a comrade, accused of a crime of which he is innocent. He decides to go to America, but during his trip, he finds a Spanish galleon that saved from attack by pirates, and escorting the galleon to Maracaibo. Braves is first received with full honors for saving a Spanish ship but after that is reported to the Governor, Braseeur, the pirate traitor. It is, therefore, arrested and sentenced to death from the visualization of torture. 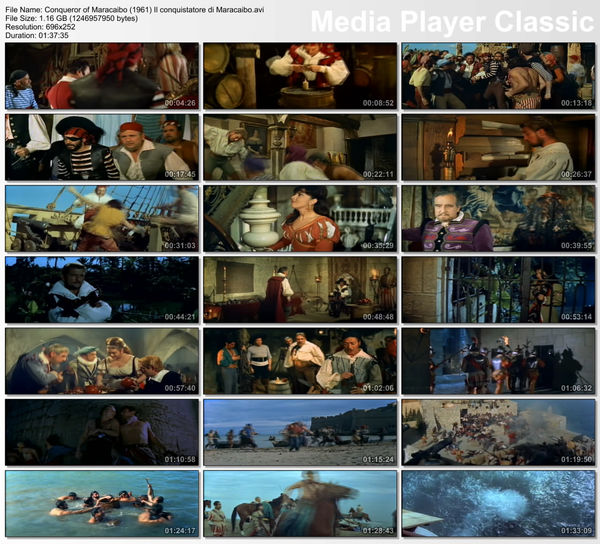 2 Responses to Conqueror of Maracaibo (1961)