Description: Three street punks–Turk, his girlfriend BB., and his sidekick Wimp–observe two young affluent kids, Ginger and Danny, shoplifting from a record store. On a lark, the street kids invite themselves along to a party at the home of the yuppies’ friends, Rod and Arlene. There the party games turn from strip darts to Russian roulette as it becomes increasingly obvious that the yuppies are playing with the street kids’ emotions. Eventually the three street kids are all brutally murdered by the yuppies, who had purposely lured them in for exactly that purpose. The yuppies then prepare for their next “kill.” 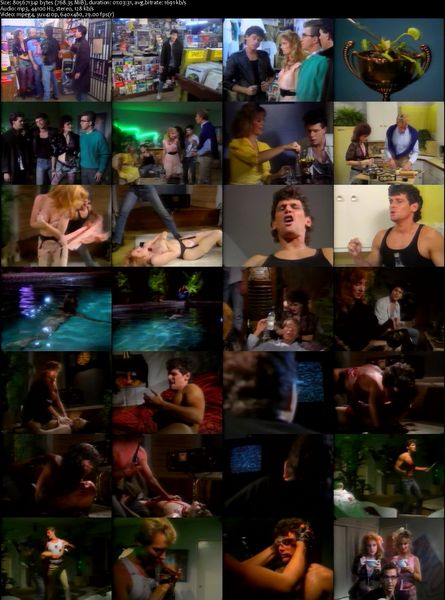