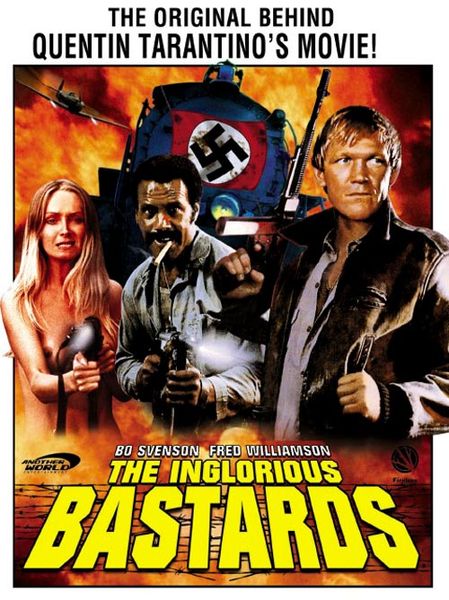 Description: In 1944, in France, the rogue American soldiers Lieutenant Robert Yeager, Private Fred Canfield, the murderer Tony, the thief Nick and the coward Berle are transported to a military prison. However, the convoy is attacked by the Germans and they survive and flee with the intention of cross the border of Switzerland. Along their journey, they fight against a German platoon and capture the German prisoner Adolf Sachs that offers to guide them to the Swiss border. When they meet a German troop, they kill them but sooner they discover that they actually were and American commando in a mission headed by Colonel Buckner to steal a German V2 warhead. Lt. Yeager, Fred, Tony and Nick offer to risk their lives to accomplish the mission.

3 Responses to The Inglorious Bastards (1978)