The Four Skulls of Jonathan Drake (1959) 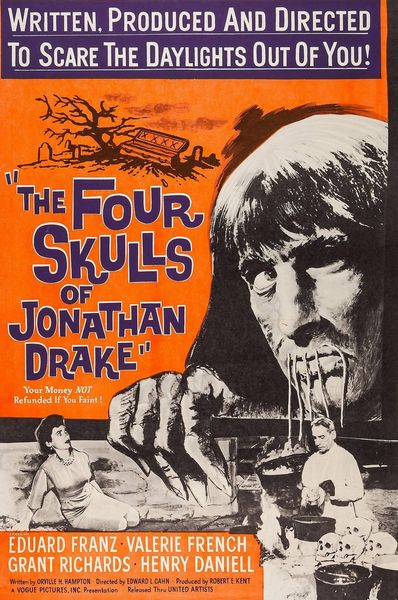 Description: Jonathan Drake, while attending his brother’s funeral, is shocked to find the head of the deceased is missing. When his brother’s skull shows up later in a locked cabinet, Drake realizes an ancient curse placed upon his grandfather by a tribe of South American Jivaro Indians is still in effect and that he himself is the probable next victim. That night he is awakened by the approach of an Indian, his lips sewed together with string, and wielding a curare-tipped bamboo knife. 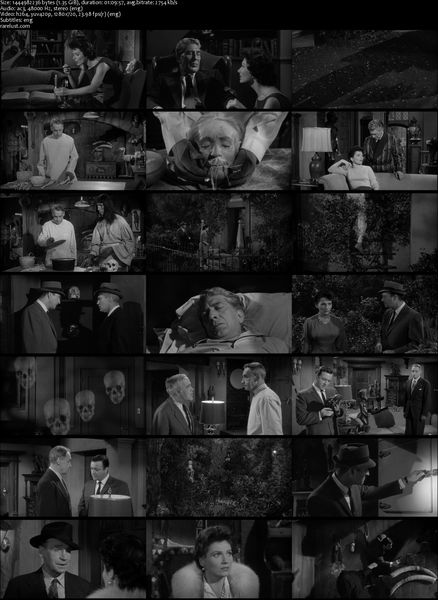