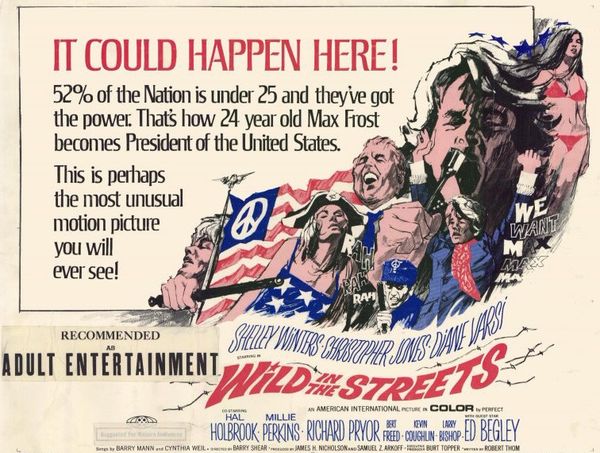 Description: Max Flatow is a precocious, social miscreant who has a way with home-made explosives. When he tires of these, he runs away from home only to emerge seven years later as Max Frost, the world’s most popular entertainer. When Congressman John Fergus uses Frost as a political ploy to gain the youth vote in his run for the Senate, Frost wills himself into the system, gaining new rights for the young. Eventually, Frost runs for the presidency. Winning in a landslide, he issues his first presidential edict: All oldsters are required to live in “retirement homes” where they are forced to ingest LSD, taking the 60s catch phrase “Never trust anyone over 30” to its most extreme consequences. 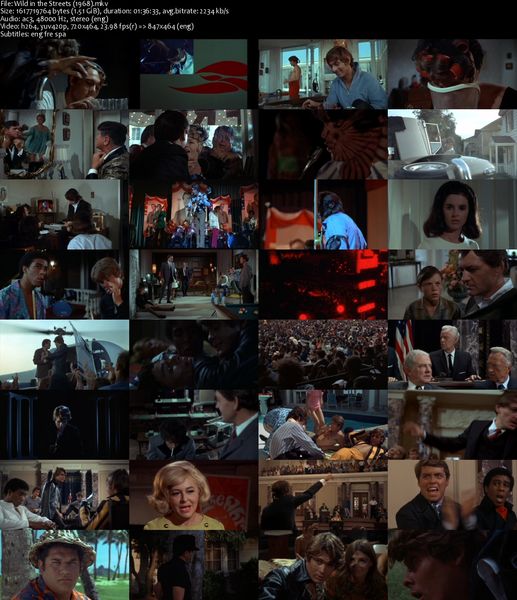