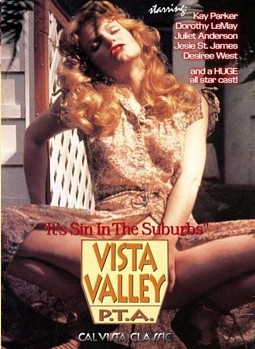 Description:  A new administrator arrives at a school where a couple of female teachers have already been raped. She tries disciplining a couple of the more rowdy male students, but they don’t pay her any respect. The setting weaves the lives (read: sex lives) of various town folk, and they’re all screwed up. On the outside, they appear to be normal, middle-class Americans, but St. James soon discovers the reverse is true. The Bible-thumping preacher, for example, frequents a whorehouse and jerks off watching a hooker play with herself. Everyone is screwing some one other than his or her spouse.