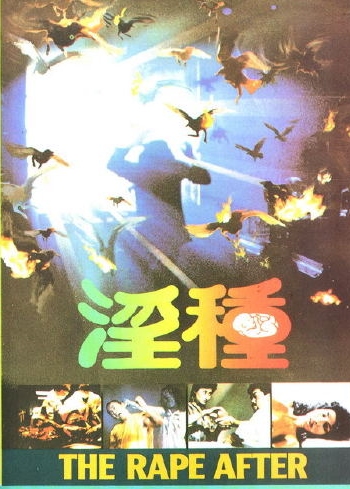 Description: Film about playboy photographer Mo Hsien-sheng (Melvin Wong Kam-sun), who while on a shoot swipes a grotesque statue from an abandoned temple. That night, he gets drunk with model Shu Ya and the two wind up in the sack, passed out. In the middle of the night, a creature emerges from the statue and rapes the sleeping model. When she wakes up the following morning, she has no memory of the encounter. Later, when she learns that she is pregnant, she has Mo, who has since shacked up with another woman, take her to the abortion clinic. Yet when the procedure is about to take place, the fetus leaps out of the womb and slays the doctor and nurse. Months later, just before Shu Ya is about to give birth, she’s killed in a horrible car accident. During the ensuing autopsy, the fetus again leaps out of the womb and runs for the hills. Meanwhile, Mo learns that the statue contains the ashes of a baby whose father killed it in an unlikely cure for asthma.