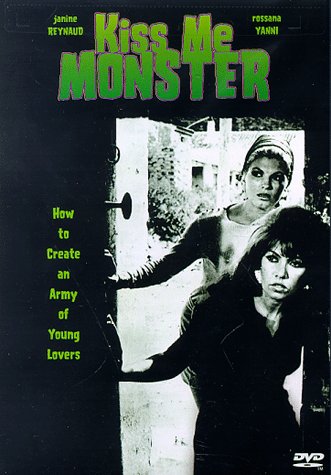 Also known as: Castle of the Doomed, Küss mich, Monster

Description: Janine Reynaud and Rossana Yanni return as Diana and Regina, the sexy female detectives from the Red Lips Agency, The women receive some song lyrics from a messenger who has been stabbed in the back, and they visit an island inhabited by strange, suspicious people. The mystery revolves around the notes of the late eugenics expert Prof. Bertrand, who seems to have been creating muscular mutants in red posing straps before his death. Diana and Regina are kidnapped by lesbians, threatened by the mutants, and appear in several sexy striptease acts in this silly, entertaining romp. Michel Lemoine is the prime suspect, Adrian Hoven and Chris Howland appear as Interpol agents and Franco makes a cameo as a shifty informant 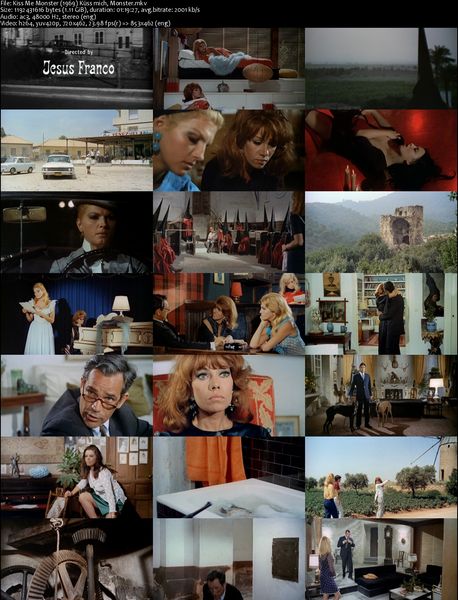