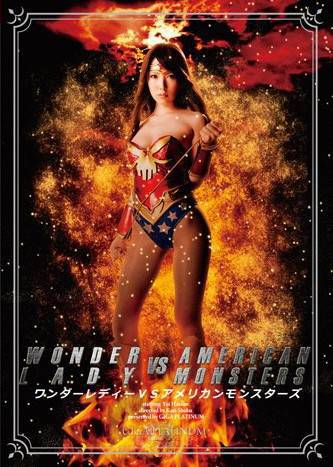 Description: Wonder Lady hides behind a civil identity. But suddenly, monsters began to attack the city. And by monsters I mean Jason from Friday the 13th, Terminator, Predator and the Joker. The Joker and Terminator are partners in crime. Both wants to rule the city and fuck Wonder Lady. Predator looks like and ally, but who can trust him?

One Response to Wonder Lady vs American Monsters (2012)