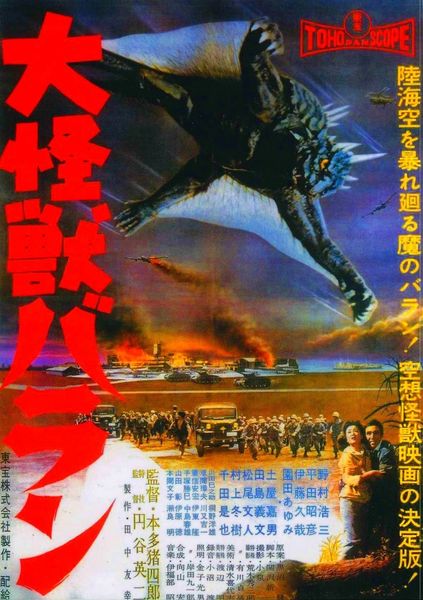 Also known as: Daikaijû Baran, Baran: Monster from the East

Description: When a rare species of butterfly is found in a mysterious valley in Japan, a pair of entomologists go to investigate and find more. However, when they get there they find an uncharted lake and as they are observing it they are caught in a landslide and killed. A reporter named Yuriko, the sister of one of the men decides to go to the area to find out what exactly happened. She is accompanied by another entomologist named Kenji and a reporter named Horiguchi. When they get to the village where the men were last seen alive they find out about a legend regarding a giant monster. They soon find out that it is not a legend and the monster named Varan is very much alive. Soon Varan leaves the valley where he has lived for millions of years and is heading for Tokyo. 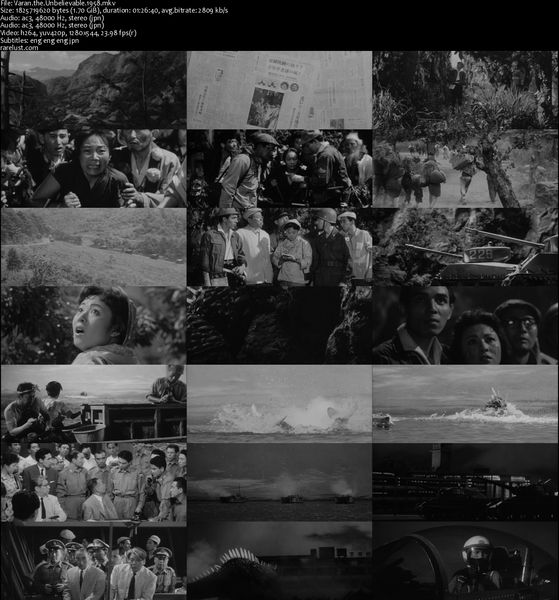 8 Responses to Varan the Unbelievable (1958)