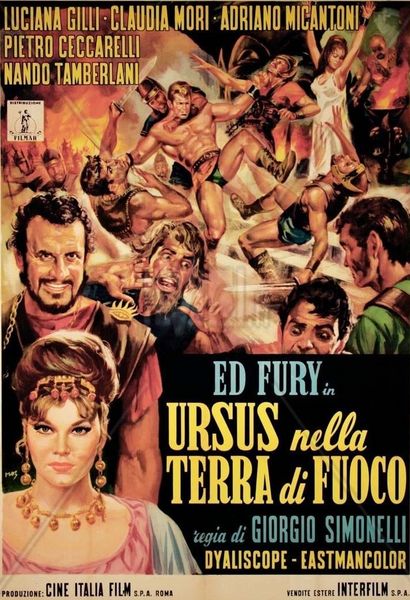 Description: Hamilan, a cruel and ambitious general, murders his king and places himself on the throne with the former king’s evil niece as his queen. He then wages war against his peaceful neighbors, killing their women and enslaving their men. A hero named Ursus appears at a tournament to challenge Hamilan’s authority. Though victorious at the tournament, Ursus is arrested and forced to turn a grist-mill under an overseer’s lash. Meanwhile, the former king’s virtuous daughter, Diana, is tormented by her evil cousin, the new queen. Sentenced to a slow and tortuous execution, Ursus breaks free and a revolt breaks out. Ursus throws Hamilan to his death in a fiery pit and then Ursus and Diana enjoy the cheers of a grateful populace. 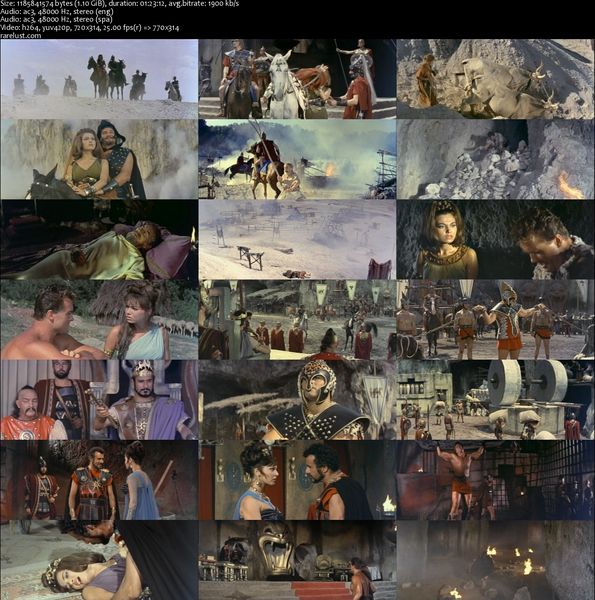