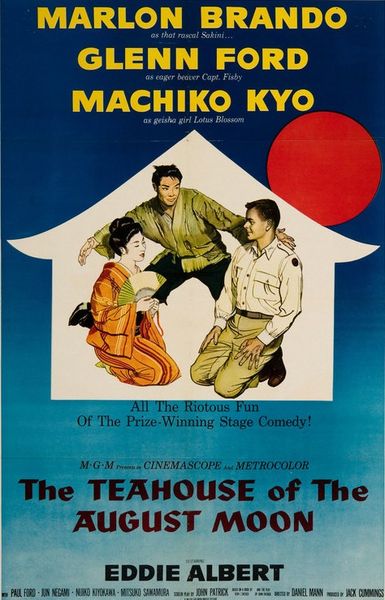 Description: This comedy-drama is partially a gentle satire on America’s drive to change the world in the post-war years. One year after World War II, Captain Fisby is sent to the village of Tobiki in Okinawa to teach the people democracy. The first step is to build a school — but the wily Okinawans know what they really want. They tell him about their culture and traditions — and persuade him to build something they really want instead: a teahouse. Fisby has a hard time breaking this news to his superiors. 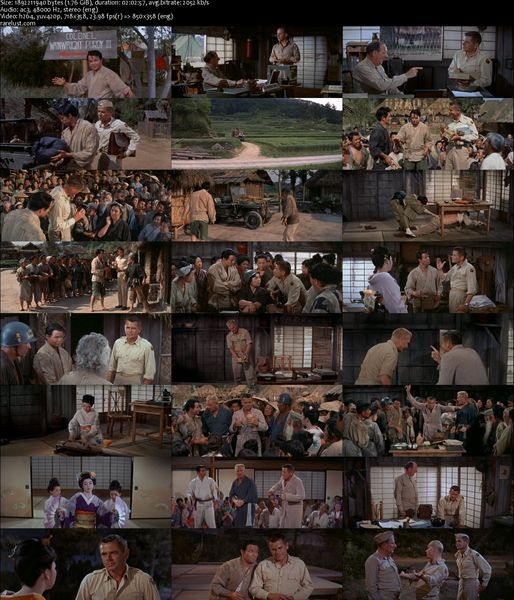 Tagged 1950s, Based On Novel, Based On Play, English, USA. Bookmark the permalink.

One Response to The Teahouse of the August Moon (1956)