Also known as: Return of the Aliens: The Deadly Spawn

Description: Two campers in the New Jersey woods have their outdoor fun interrupted by the arrival of a meteorite crashing nearby. They go to investigate the crater, but are suddenly attacked and devoured by alien parasites who have hitched a ride to Earth. After finishing off the campers, the hungry space monsters head for a nearby town, where they make their domain in the basement of an old house soon begin polishing off one hapless inhabitant after another. Four young teenagers, plus one pre-teen boy, try to find a way to stop the angry space monsters before they reproduce and literally eat humanity. 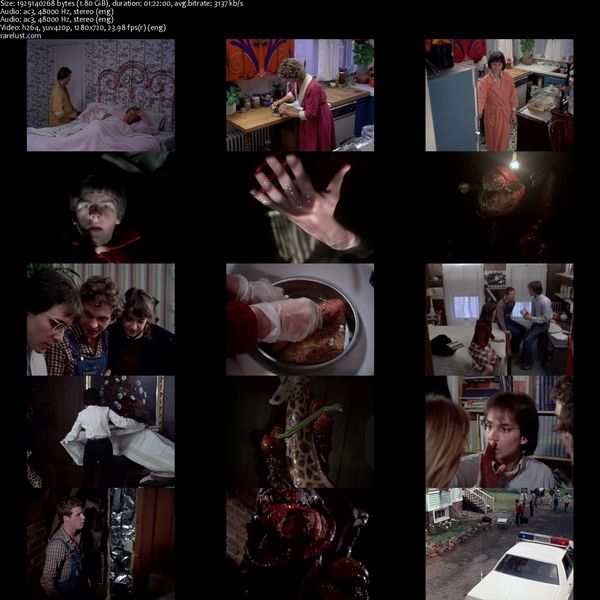