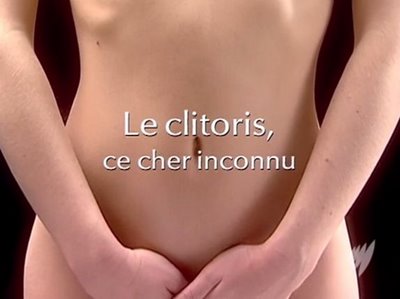 Description:  This one hour video, produced by a multicultural group of people, openly discusses the part of a woman’s body that is designed for pleasure. The narrator is Natalie Angier, a Pulitzer Prize-winning biology writer for the New York Times, who wrote the book Women: An Intimate Geography, and she is supported by educators, researchers and therapists from France, England, Holland, Australia and the US. Some very lovely images of the female body and specifically the vulva, open onto an assortment of interviews, discussions, cartoons, medical images and animations, and, in particular, a wide ranging discussions of the history, problems and pleasures of female sexuality.

One segment reviews the history of the medical profession’s now we see it, now we don’t experience, and the horrors of the ignorance when female orgasm was considered an illness to be cured by removing the clitoris. In another, a researcher in Holland describes and demonstrates research on the blood flow response of the vagina using modern equipment and Candida Royale’s erotic films. The result is a rapid physiological response of which the subject is unaware, a finding relatively unknown in the popular literature. There are lengthy discussions and medical animations on the anatomy of the clitoris. The film makes it clear that women get the better deal in the sexual response department.

Additional segments cover a teen sex education program in the UK, and while the accent of the girls is a bit difficult to understand for this Californian, it is clear that they are enriched and empowered by the knowledge they have gained thorough the program. Another UK segment is about a woman who was born with ambiguous genitalia and was subject to clitoridectomy at the age of four. She is difficult to understand, and while there are some lovely tourist scenes in the background during this segment, it adds little to the film. A discussion of the G-spot is also unnecessary since many will disagree with what is said.

One of the strongest segments is near the end when Dr. Leonore Tiefer discusses the medicalization of female sexual problems, with some very pithy comments about the drug industry. There are some male focused jokes about Viagra, including a delightful scene where two older men pick up two older women and head out to party.

Overall, this is a fine film, done with high production values, tasteful explicit nudity and sexual discussions. One can feel comfortable using it in a variety of settings. The film will be useful for classroom work, men’s and women’s discussion groups, and other locations where sexuality can be openly presented and discussed. 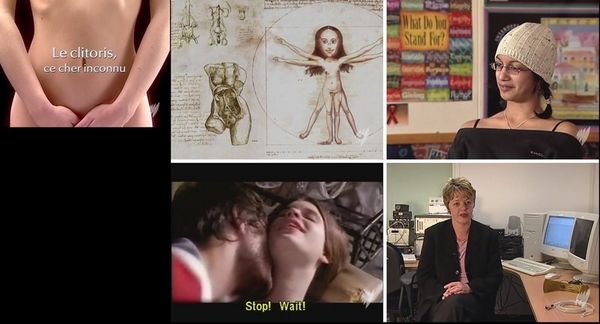 2 Responses to The Clitoris: Forbidden Pleasure (2003)