Also known as: Thou Shalt Not Kill… Except, Bloodbath

Description: Jack Stryker took two bullets in the leg in Vietnam and was carried back by one of his men. When he returns he tries to live a peaceful life in his cabin and resume dating his girlfriend, Sally. Meanwhile, a vicious cult let by Sam Raimi, who believes he is Jesus Christ, has been slaughtering people and doing blood sacrifices. When Stryker finds Sally gone, and her grandfather, Otis, used as a human dartboard, Stryker brings together his army buddies, gives them a stash of guns from under his bed, destroy an outhouse, and create a war zone not unlike Vietnam to destroy the evil cult. 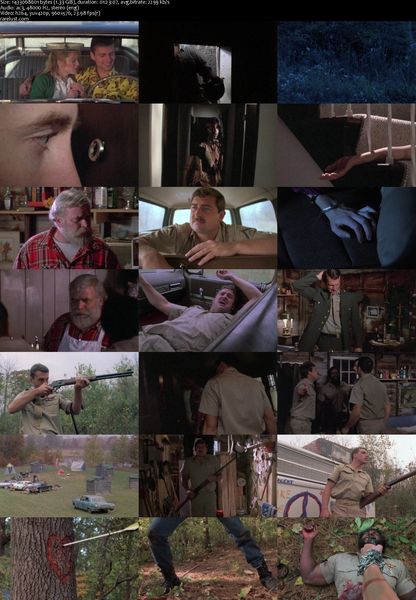