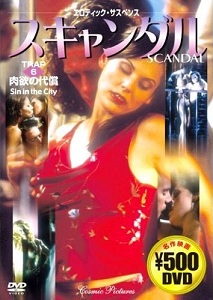 Description: Tim LeRoy worked as the head of department in the New York real estate agency, engaged in major transactions. Tim received honoraria not in one hundred thousand dollars. His weakness was not money, but a woman. Once he succumbed to temptation and had sex with her co-worker Brenda Cooper. The next day the chief Tim notified of dismissal, because the brand has filed for Leroy to court for sexual harassment and demanded compensation from the real estate agency at 10 million dollars …