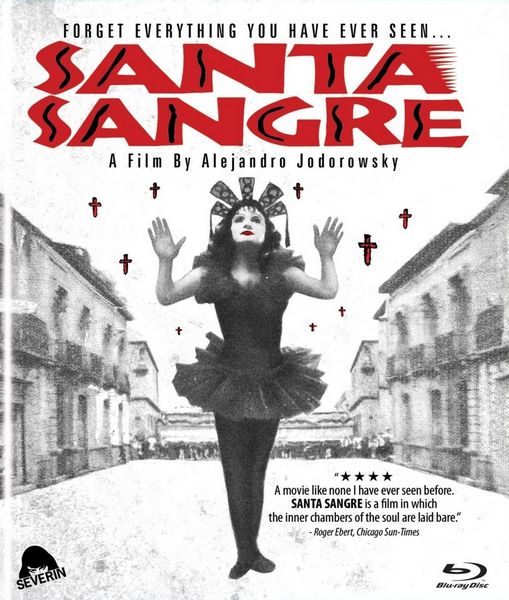 Description: A young man is confined in a mental hospital. Through a flashback we see that he was traumatized as a child, when he and his family were circus performers: he saw his father cut off the arms of his mother, a religious fanatic and leader of the heretical church of Santa Sangre (“Holy Blood”), and then commit suicide. Back in the present, he escapes and rejoins his surviving and armless mother. Against his will, he “becomes her arms” and the two undertake a grisly campaign of murder and revenge. 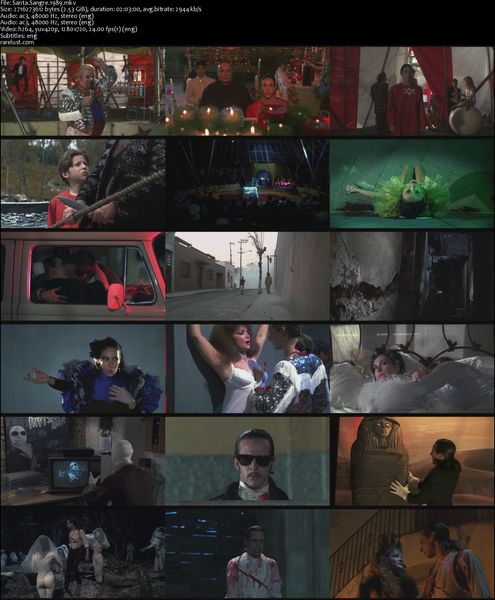