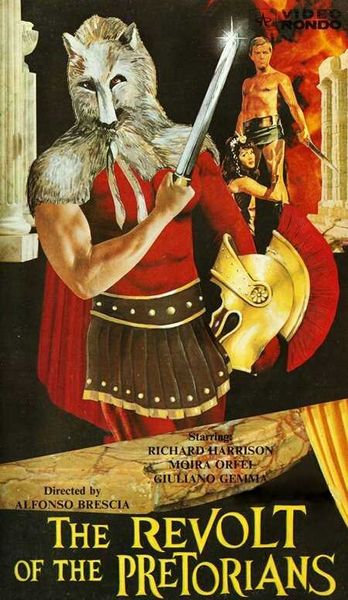 Description: Rome chafes under the rule of the Emperor Domitian and his Egyptian mistress, Artamne. A mysterious champion arises to fight against the Emperor — a masked man known as the Red Wolf. In fact, the Red Wolf is Valerius Rufus, one of the Emperor’s trusted centurions who’s aided by none other than the Emperor’s court jester, the diminutive Elpidion. Rebels in league with Valerius kidnap Artamne, planning to exchange her for two of their imprisoned colleagues, but Artamne escapes and soon both Valerius, (now exposed as the Red Wolf), and his fiancee, Lucilla, are sentenced to be immersed in a cauldron of molten lead. Valerius’s friends, however, rise up to rescue him and to liberate Rome. 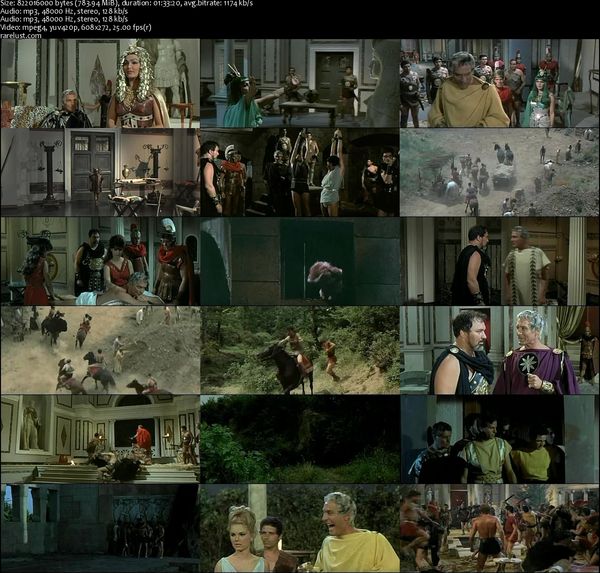 2 Responses to Revolt of the Praetorians (1964)