Description: An anthology of two classic tales from the horror master Edgar Allan Poe. In the first story, “The Case of M. Valdemar,” Narciso Ibanez Menta stars as hypnotist Dr. Eckstrom who believes he can keep the dying Henry Valdemar alive. Just as Valdemar is on the brink of death, Eckstrom hypnotizes him. In attempt to prove to his doubting colleagues, he eventually brings Valdemar out of his hypnotized state with horrific results. In our second tale, “A Cask of Amontillado,” Menta is John Samivet, a man more concerned with his winery than his young wife Teresa. When a stranger comes to the village, love is in the air. But Samivet has a devious plot in mind for both of the lovers. This is an English-dubbed version of Obras maestras del terror (1960) which removes “The Tell-Tale Heart” segment along with 15 minutes of footage from the other two stories. 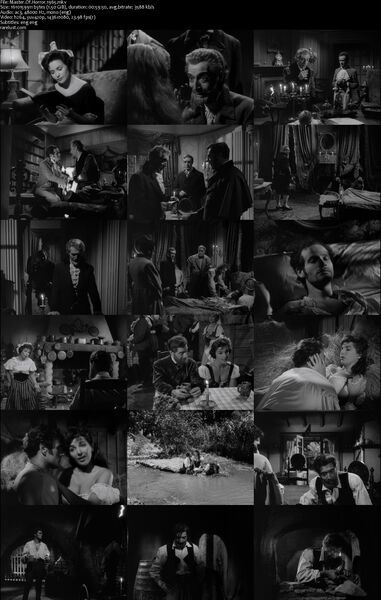