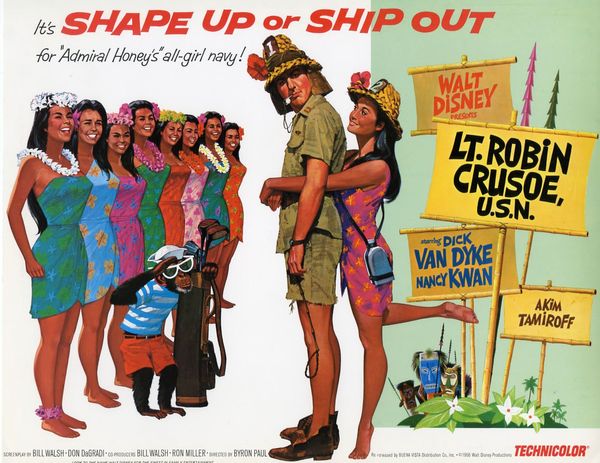 Description:  Lt. Robin Crusoe is a navy pilot who bails out of his plane after engine trouble. He reaches a deserted island paradise where he builds a house, finds an abandoned submarine with lots of gadgets that he can use, and also finds a marooned chimp from the US Space program and a native girl named Wednesday who was exiled by her father. Wednesday thinks Crusoe wants to marry her, and when her father arrives on the island to collect her and Crusoe refused to marry her, chaos ensues. 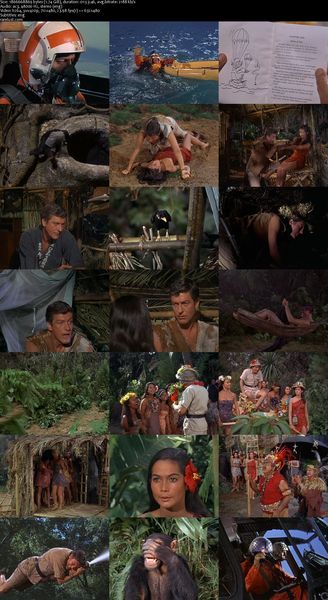