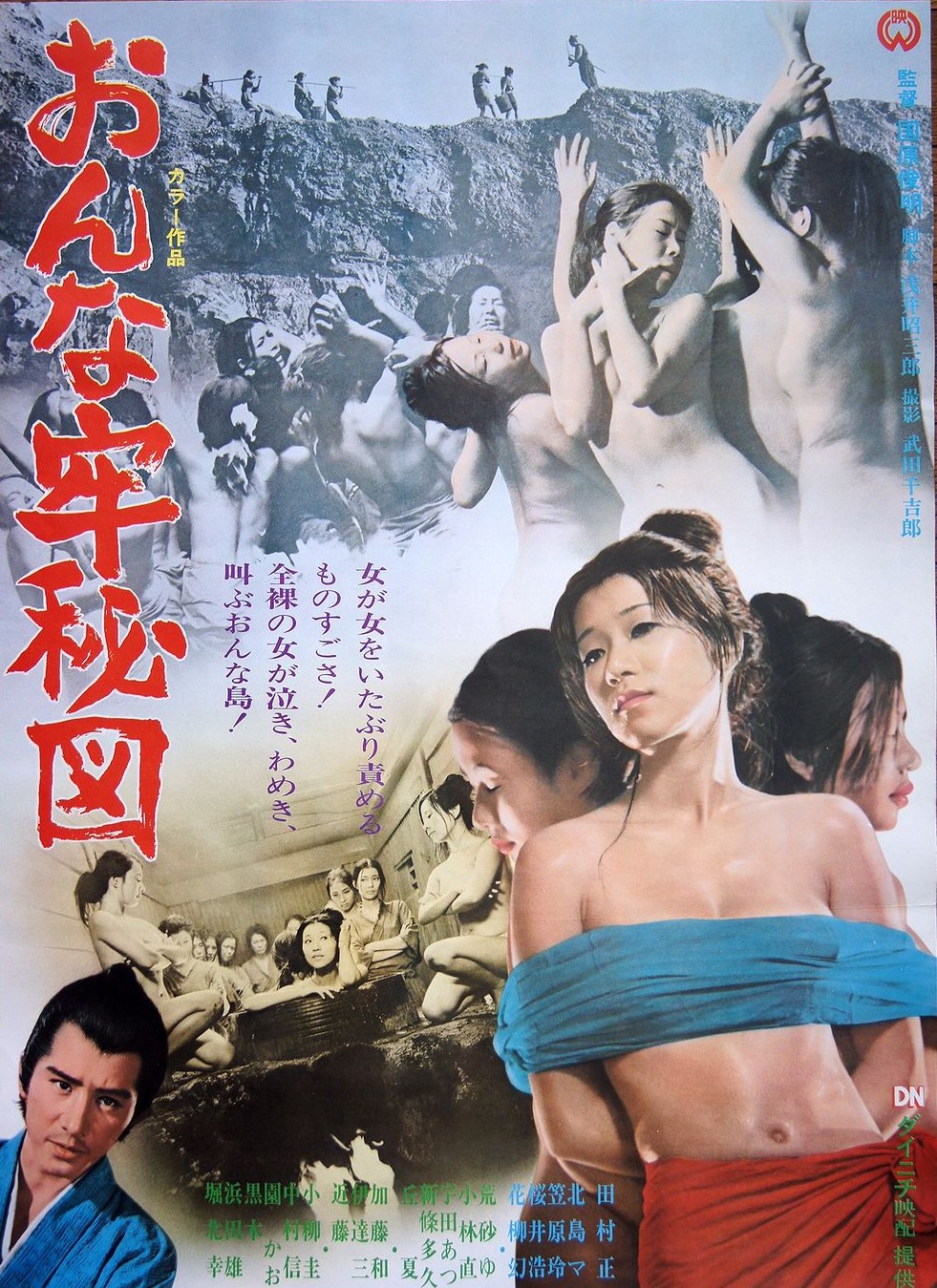 Description: Exiled women are kept on an island that is overseen by a group of guards who pretty much leave the women alone as long as they don’t start actin’ up. If they do, they may be treated to some steam-room or hot-oil torture. Of course there are also ranks within the female prisoner populace, and hard-ass new-arrivals cause some dissension amongst the “leaders”. Eventually the new girls earn some respect but matters are complicated further by the arrival of a new guard – the disgraced son of an Official who was deemed incapable of performing his regular duties, and also by the out-break of the Plague that threatens to decimate the islands small population – resulting in feverish back-stabbing and escape attempts…