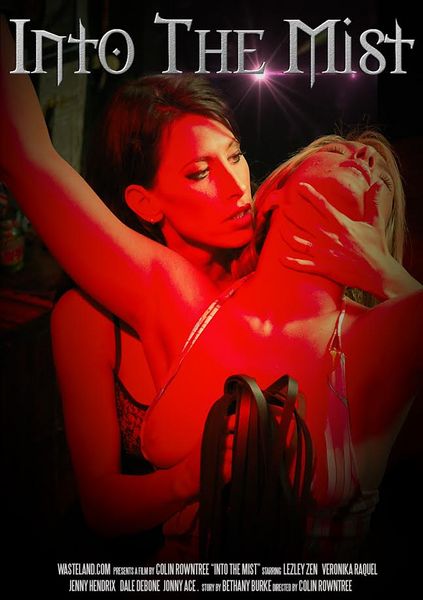 Episode 1 The Arrival
Young Chloe (Veronika Raquel) and Melissa (Jenny Hendrix) have been hired as domestic staff at a mysterious estate on Rutherford Island. Shortly after arriving, they feel something is “not quite right around here” after witnessing the dark mistress, Victoria (Lezley Zen) severely punish houseboy Willy (Jonny Ace). Things become even more disturbing as night falls, but a storm has washed out the bridge to to island, making escape impossible. 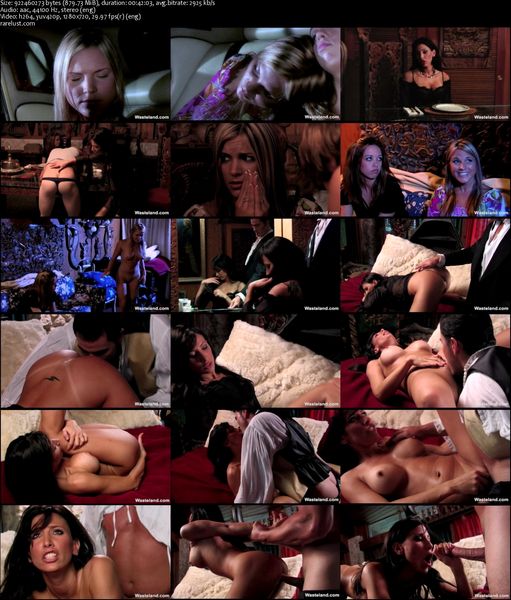 Episode 2: Into The Punishment Room
Chloe learns that it is not only Willy that is subject to Mistress Victoria’s discipline. But, she soon discovers her own dominant side when she finds Willy spying on her and Melissa in the garden. Both girls then finally meet the Master of the house, Grayson Rutherford (Dale Debone) and learn, to their horror that Rutherford Manor has “The Punishment Room”. 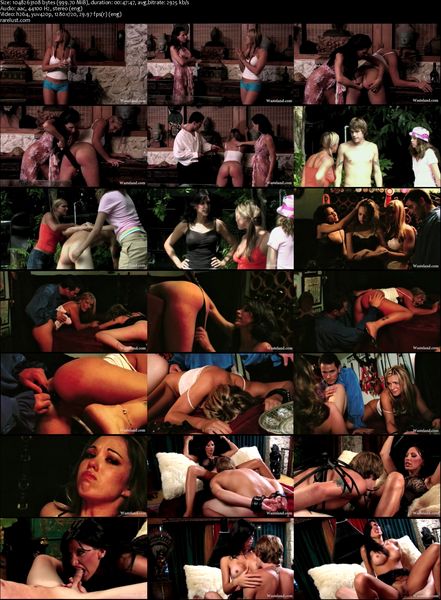 Episode 3: Something Sinister
The girls want to leave the island, but can they? And when Melissa confronts Victoria about where her nephew to who she is to be governess is, she quickly learns that too many questions on Rutherford Island lead to painful results. To add insult to injury, Melissa finds out that she has not been properly “prepared” to Grayson Rutherford’s standards. Only weeks out of the convent school, Melissa now finds herself spread eagle on Victoria’s bed having her pussy shaved. Melissa tries to get to the bottom of of Grayson’s mysterious secret, but Willy is not talking. 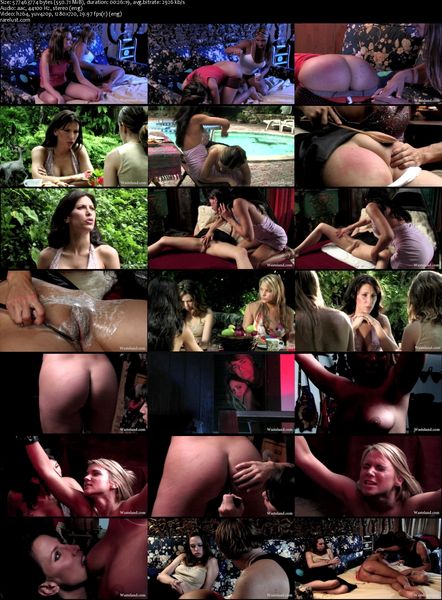 Episode 4: Dark Pleasures
The mysteries about Grayson Rutherford deepens as his interest in Melissa increases. Melissa is both terrified and fascinated by this deliciously cruel person that she meets only at night. In the punishment room, Melissa confesses to Grayson her “naughty nun” experiences in the convent, and begins to learn what pleasures Grayson can give her. A jealous Victoria subjects both Chloe and Willy to her “special” brand of discipline. 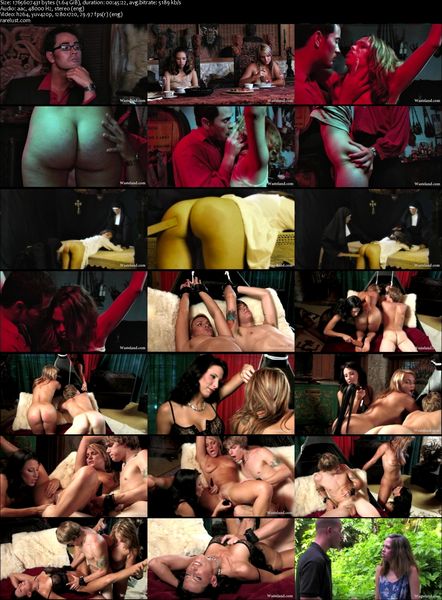 Episode 5: Who Is Brad?
Victoria’s nephew, Brad, is to arrive and Melissa will finally assume her duties as his governess. Or will she? Brad is, needless to say, not what she had expected! Brad immediately gets on his aunt’s negative side when it becomes clear that he has some secrets of his own. Nephew he might be, but no one is safe from trips to the punishment room, as Brad quickly finds out. But Grayson is not happy either, and Victoria finds, to her horror, that she can be taken to the punishment room herself. 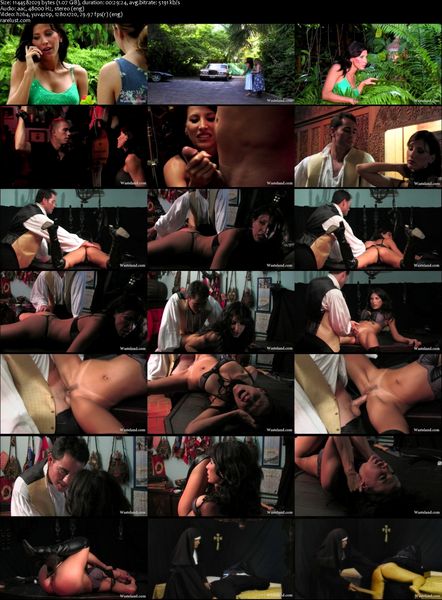 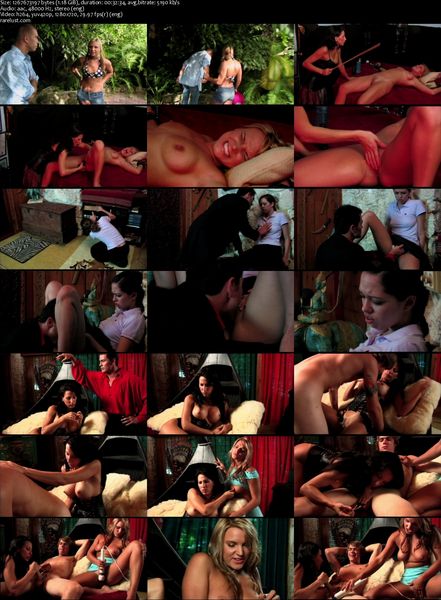 Episode 7: The Night Stalker
Chloe and Melissa compare experiences and both begin to plot ways to escape the island. But, Grayson hears of this and turns his charm onto Melissa, luring her into his charismatic spell that leads to a very erotic punishment session. Victoria looses her temper with Grayson which results in a dinner table humiliation spanking in front of the entire staff. Later that evening, Chloe, sitting in the garden, is sexually overcome by a mysterious man-beast who blindfolds her and gives her the ride of her life while Willy spies on them. After mutual mind-bending orgasms, he slips away into the mist, leaving Chloe panting, but even more confused. 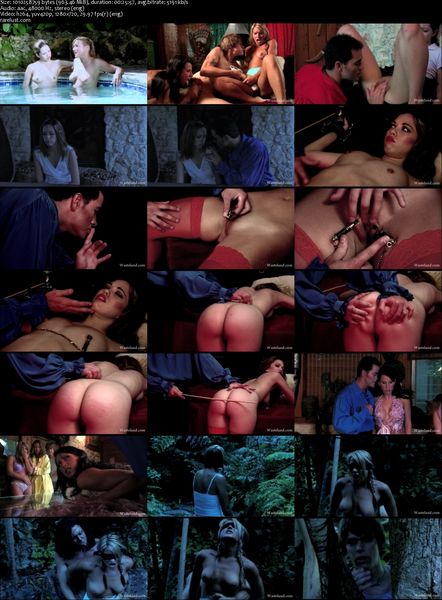 Episode 8: Chloe’s Crisis
Victoria confronts Brad about his disappearance for the night, but he isn’t saying where he was. In her usual rage, Victoria takes it out on Willy in a painful bdsm sex scene. Still not satisfied, she takes Chloe to the punishment room for a beating and interrogation as to what she might know about Brad and his motivation for being on the island. Over dinner, Grayson pries into Melissa’s mind on the same question. But, in the meantime, Willy and Chloe go to her room to compare notes and end up in a hot sex scene, ending with a post-coital pact that they are going to run away together. 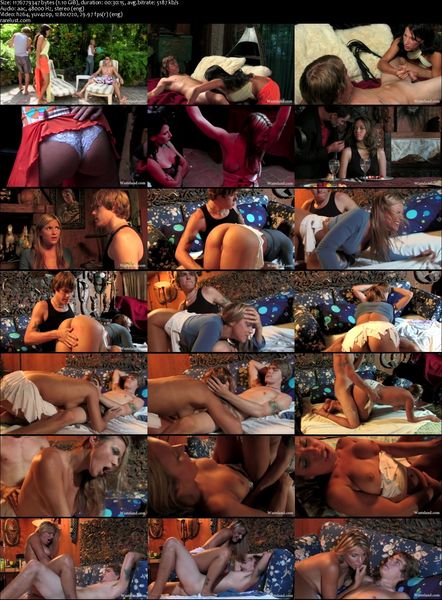 Episode 9: The Virgin And The Vampire
The mysterious man-beast surprises Victoria in the garden and has his way with her, but it is obvious that they have not only done this before, but take great pleasure in it. Could it be Brad transformed? Grayson discovers them in the act, and takes Victoria for “re-training” to the infamous Doktor Bottomly in his sexual experiment laboratory. On Season #1 cliffhanger, Grayson flashes back to how he began his path as an ageless soul to the 18th century where he is seduced and bitten by a beautiful vampire. 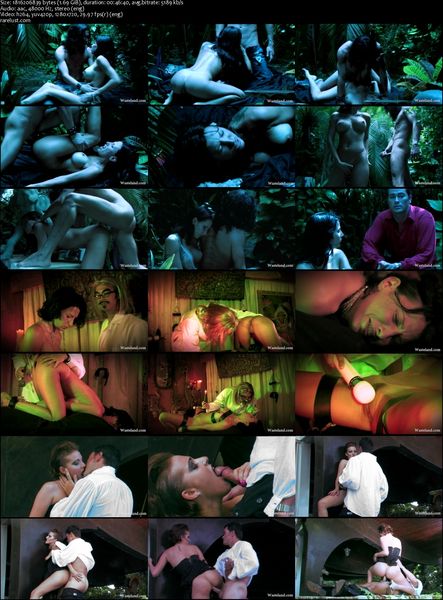