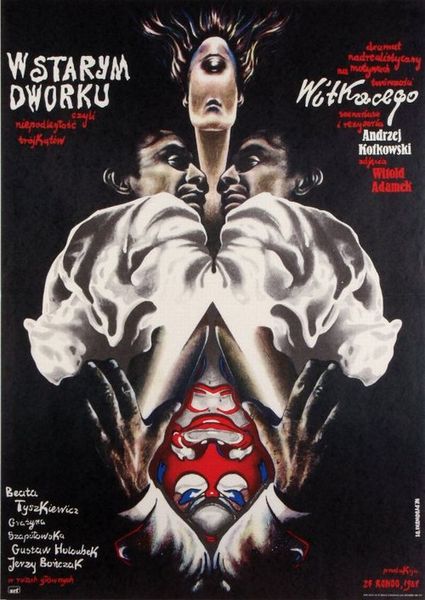 Description:  In a country house at the turn of a century live a family of eccentrics. Anastasia, the beautiful mistress of the manor, enjoys the amorous attentions of her stepson Blarney so openly that her husband Diapanasius takes out his shotgun and shoots her. The rest of the family accepts her end as a matter-of-fact, and soon – her return as a voyeuristic ghost who interferes with their love lifes. Anastasia has a posthumous son Tadeusz, “born” by clambering out of the tree trunk. Anastasia seduces him too, and drives another men so crazy that they kill her another couple of times. Finally, Tadeusz, the arch-rebel, leads a mob on a raid of the old manor.

Tagged 1980s, Based On Play, Poland, Polish. Bookmark the permalink.