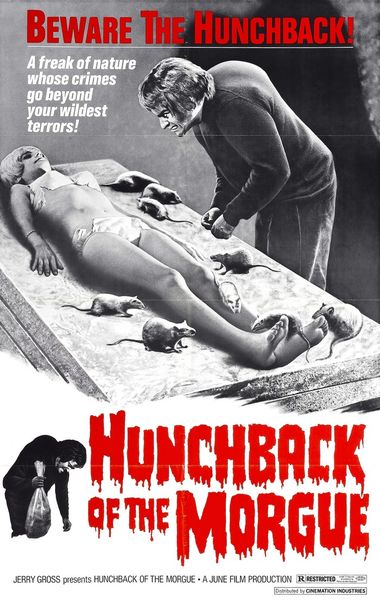 Description: Paul Naschy plays a hunchback with below average intelligence who works at the morgue. He is in love with a sickly girl who happens to be the only person who is kind to him. Each day he brings her flowers until the day she dies. He never really accepts her death and believes she is just sleeping. The girl eventually ends up at the morgue where she is being prepared for burial. Naschy’s character flips out at the desecration of the girls body and stabs and decapitates the men in the only scene of gore in the movie. The police begin to look for him. This is when the Hunchback meets up with a mad scientist who’s work isn’t accepted by the general society. The scientist promises the Hunchback that he would re-animate the girl’s body if the Hunchback brings him fresh bodyparts from the graveyard and live victims. He uses the parts to create a monster. 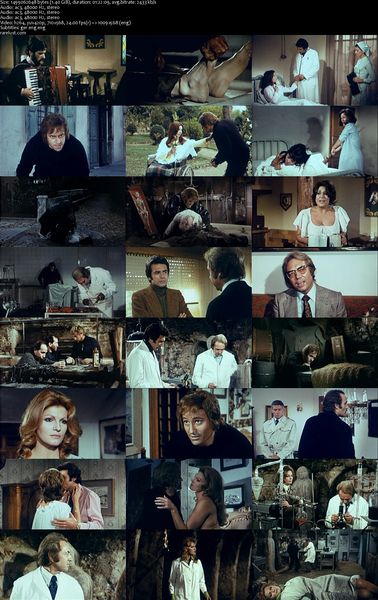