Description: A look at the lives of a troupe of geishas working in a small seaside resort town. For the most part, their lives consist of greeting boatloads of oversexed businessmen and providing bawdy entertainment through the evening followed by private companionship at night, interspersed with occasional catfights with the rival geisha house. Their routine is suddenly thrown off by the appearance of an abandoned baby in the geishas’ dormitory, followed by its disappearance only a short time later. Who could be responsible for such a thing? 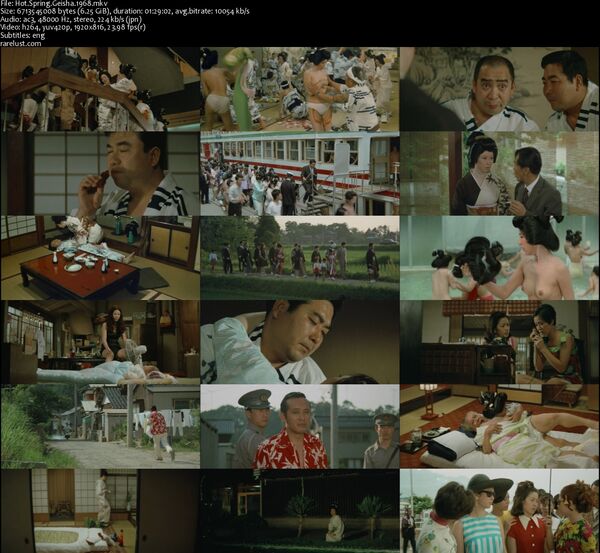