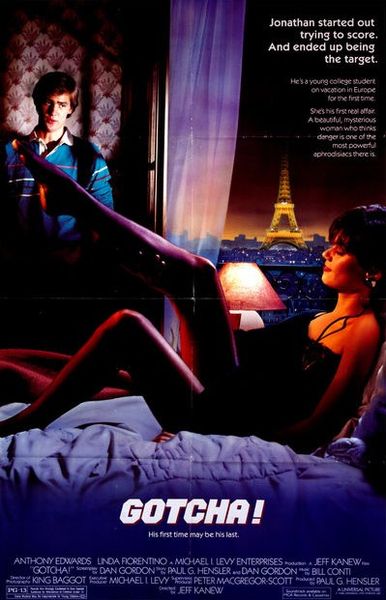 Description: Jonathan plays a game called Gotcha in which he hunts and is hunted by other students with paint guns. After a big win, he goes off for a vacation in France where he meets the sexy Sasha who says she is only interested in him because he is a virgin. She takes him with her to East Germany where they are separated and he has to escape back to the west on his own, all the while being trailed by East German spies. He arrives home only to find the game is still going on, and a canister of film is in his backpack. Then Sasha re-appears. 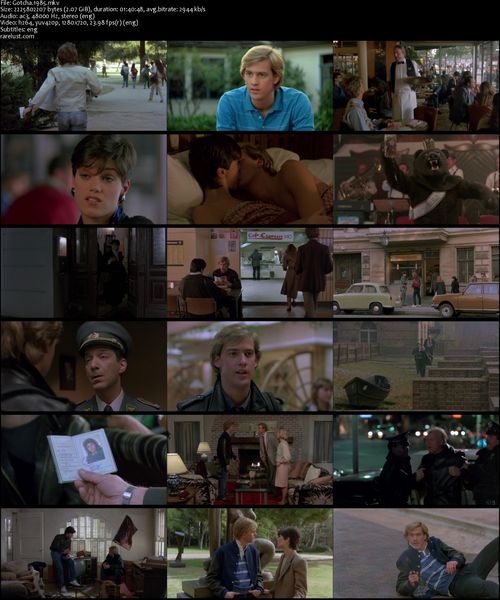