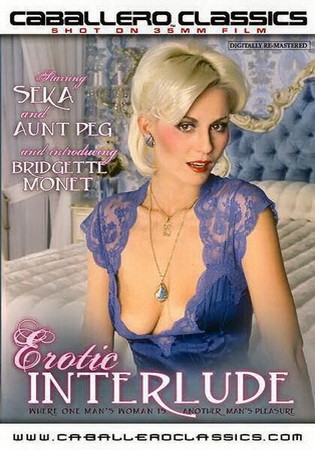 Description:  While resting from from their canoeing camping, some guys find themselves sharing their sexual conquests. An athlete camper recalls a friend and him sleeping with cheerleaders back in college. A boss camper recalls being mounted by his lactating buxom receptionist, only to be interrupted by someone waiting outside. The person outside, Aunt Peg, is interviewed for the position of secretary. She is more than willing to grant his special demands. Another camper recalls waking up drunk from a party, and being treated to a threesome by the two hostesses. Finally, a phone repairman camper recalls helping Seka with more than just her phone.