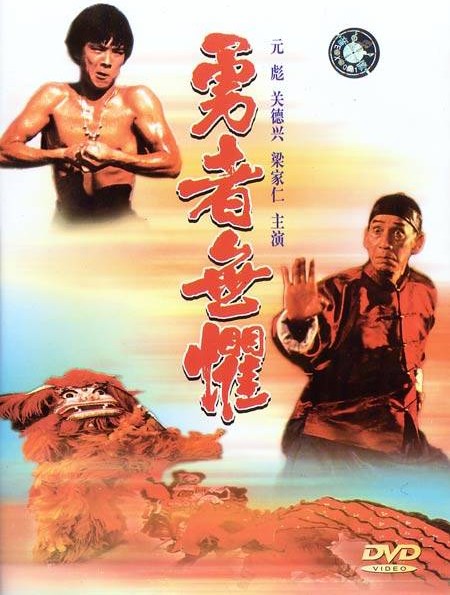 Description: A short-tempered, violent criminal named “White Tiger” is on the run from the police and joins a theater troupe for disguise, killing anyone who angers him or who suspects his identity. One person he unsuccessfully tries to kill several times is a cowardly laundry man named “Mousy” who manages to escape mostly by running and hiding. When a very close friend of Mousy’s is killed by the White Tiger, Mousy overcomes his cowardliness enough to seek revenge. Spectacular martial arts and acrobatics highlight the film, including a well choreographed fight between two pairs of men in dragon costume. 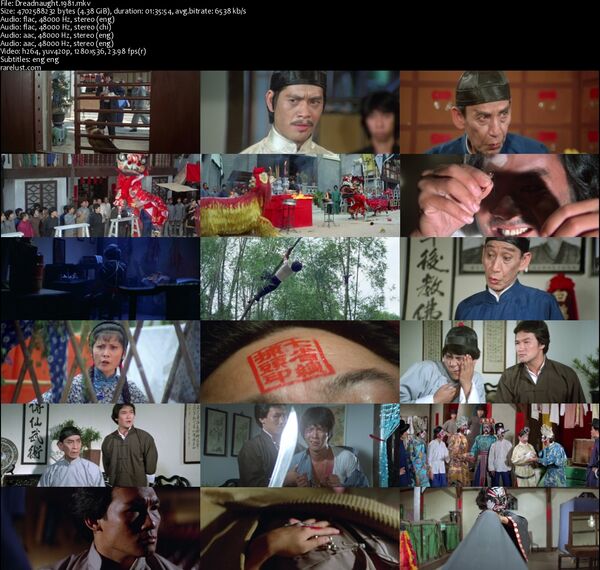 One Response to Dreadnaught (1981)