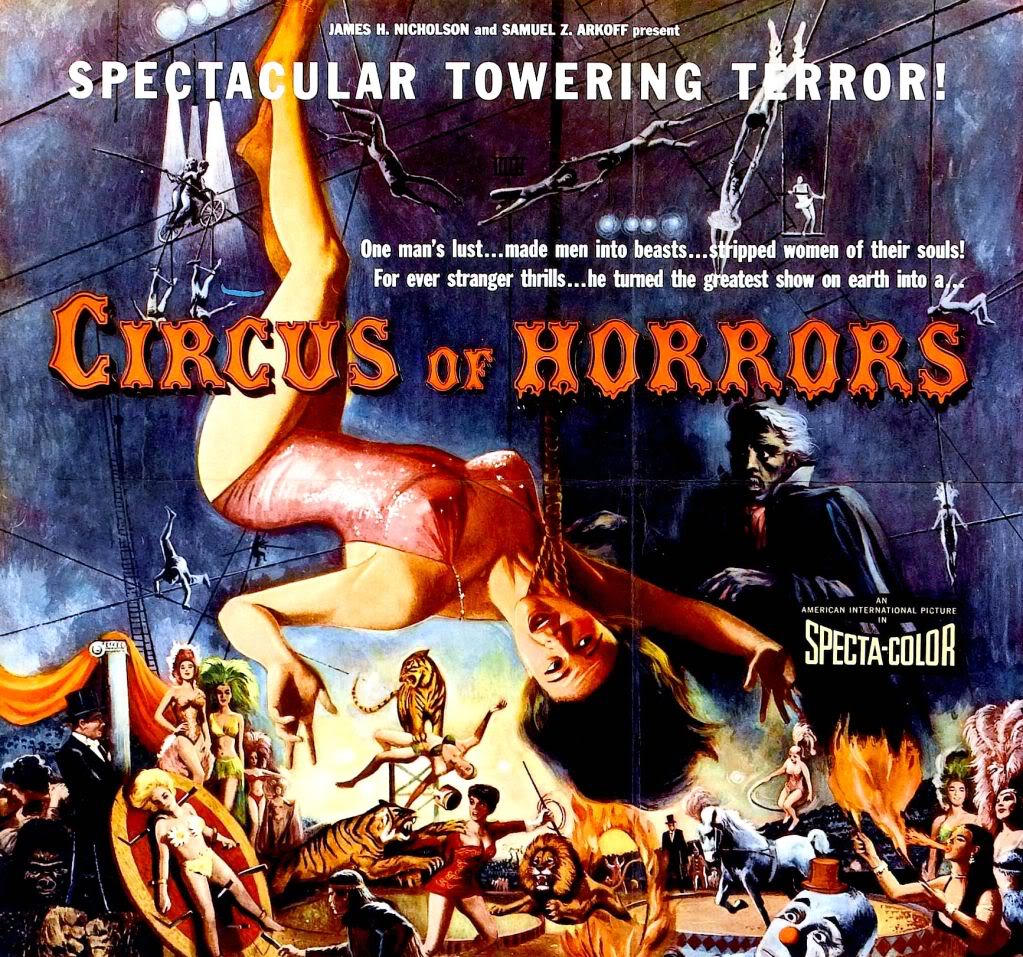 Description: In 1947 England, a plastic surgeon must beat a hasty retreat to France when one of his patients has ghastly problems with her surgery. Once there, he operates on a circus owner’s daughter, deformed by bombs from the war. Later he becomes the owner of the circus, and continues transforming disfigured women into the beautiful stars of his show. The police and a nosy reporter (as well as Scotland Yard) become interested when the women who want out of the circus begin dying in freak accidents, and they begin suspecting the good doctor is responsible. 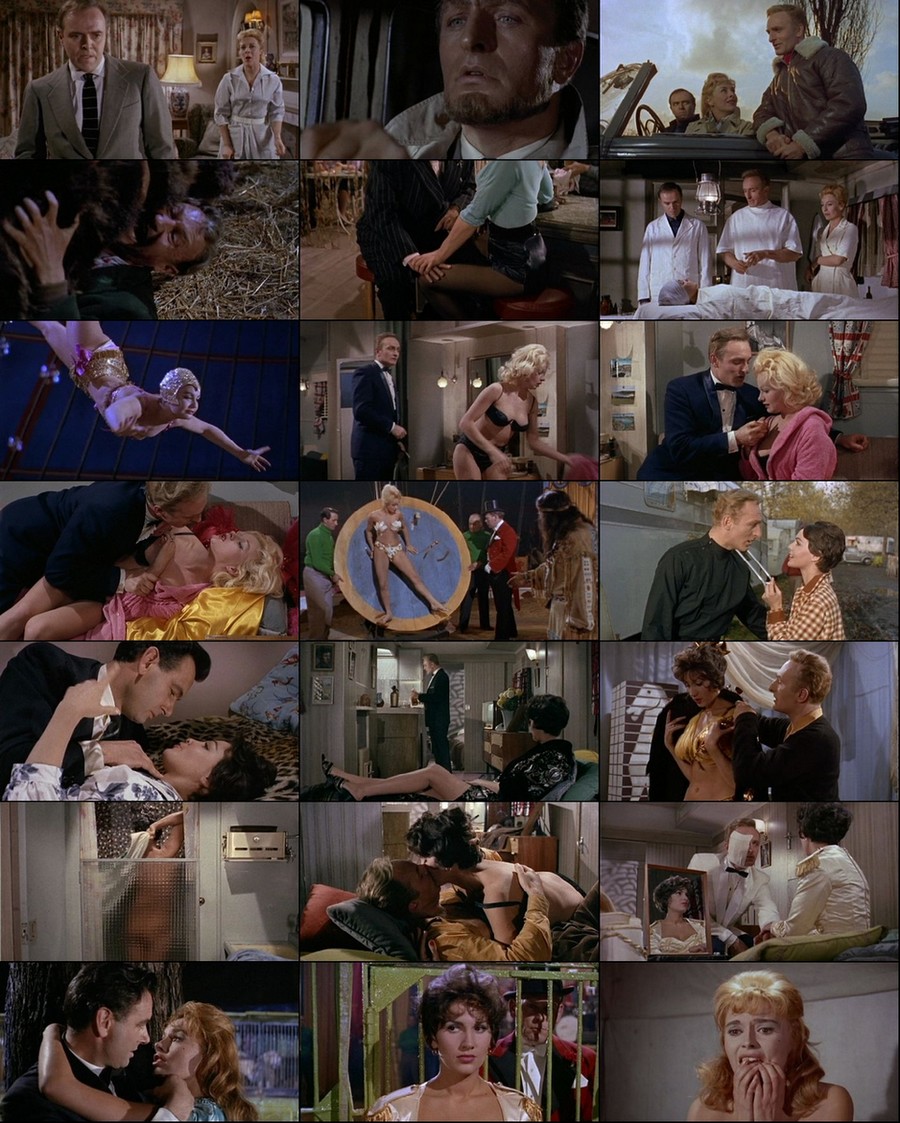 One Response to Circus of Horrors (1960)